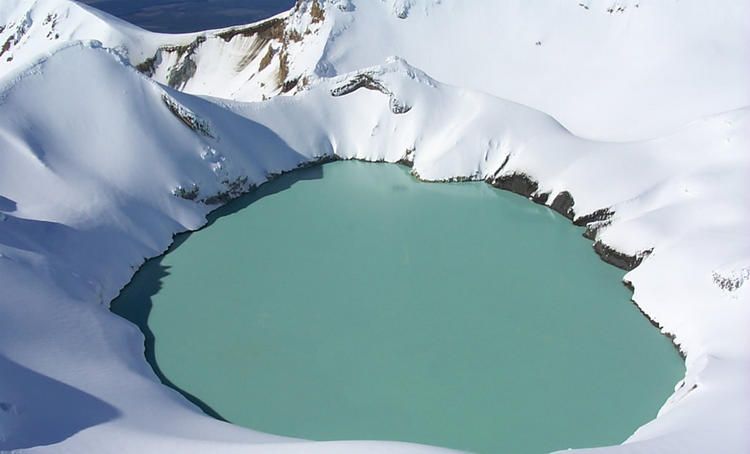 Officials are installing an eruption detector at Mt Ruapehu, a week after the level of aviation warnings was raised.

Ruapehu will be one of only a few volcanoes in the world to be watched around the clock by a radar “eye”, which immediately picks up explosive jets or eruptions of ash that rise more than 200 metres.

The New Zealand and German-designed Doppler radar dish, several years in development, has been installed at the Whakapapa skifield and trained on the crater lake.

Hamburg geophysicist Matthias Hort said the volcanic radar used inaudible radio waves to measure movement within the crater lake. The Doppler-effect was similar to listening to an ambulance pass on the street.

“As it comes towards you the siren is high-pitched, but it sounds much lower pitch when driving away. This difference in pitch or frequency can be used to calculate the ambulance’s speed.”

The radar will similarly measure the speed of particles thrown from the lake, which can travel at several hundred metres a second.

It will also help scientists calculate the violence, shape and direction of an eruption. The radar is designed to work in any weather so it can trigger warnings even when the mountain’s peak is not visible.

The instruments are still in the experimental phase, and will not be used for warnings yet.

Massey University volcanologist Shane Cronin said researchers had to wait until Ruapehu erupted to allow them to calibrate the radar.

In the meantime, the technology is also being tested at the more restless Stromboli volcano in Italy.

The Doppler radar is the latest addition to a series of alert systems at Ruapehu which include seismic sensors, barometers, tripwires to detect collapses, and water-level sensors which warn of sudden drops in lake levels.

As a result, the aviation warning level for pilots was raised.

* Volcanic radar focuses its beam over the crater lake, and detects particles which are thrown upwards from the volcano.

* Uses radio waves to track the velocity of particles.

* Helps create images of an eruption’s size, speed, and direction.

* Will trigger an eruption warning system

Will the radar be able to detect a heavy snow storm too, thus interferring with its readings,
particles going down as well as up?