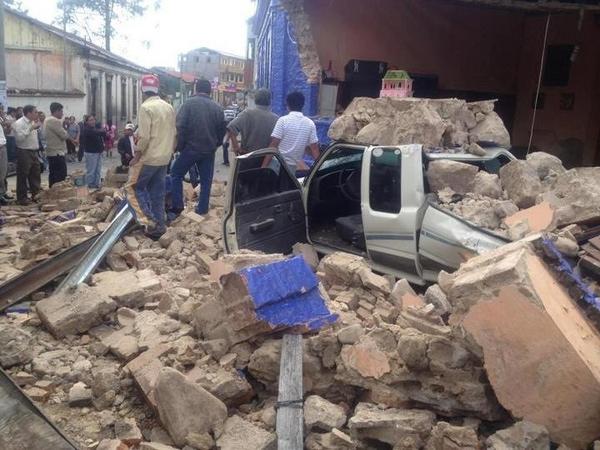 A strong earthquake off the coast of Guatemala shook buildings in the capital and killed at least 39 people earlier this morning, trapping others under rubble and triggering evacuations as far away as Mexico City.

The 7.4 magnitude quake hit at 10:35 a.m. local time.Some of the dead were buried under debris in a mountainous region near the Mexican border.

Landslides blocked roads in some areas, authorities said, and about 40 houses were severely damaged.

It was the strongest earthquake to hit Guatemala since a 7.5 magnitude quake in 1976 that claimed more than 20,000 lives.

President Otto Perez said that as many as 100 people were unaccounted for, based on reports from relatives.

“These are preliminary figures and we don’t have them confirmed,” Perez said in Guatemala City. “Our priority is to focus on lives, rescuing people and treating the wounded.”

There have been been five aftershocks, with authorities distributing 16,000 emergency rations and mobilizing more than 2,000 soldiers to help with the rescue effort.

Bodies of 18 dead had been pulled from rubble in San Marcos and Quetzaltenango, the country’s second largest city.