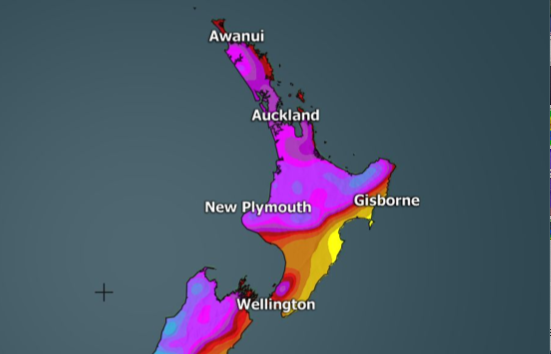 Northern NZ is in a rainfall deficit – by that we mean not only are many places below where they should be annually, but lately they’ve been drier and warmer than average too.

For holidaymakers this bodes well for a great summer ahead, but for those who rely on rainwater it’s adding an extra layer of stress before the holiday season kicks in.

Which is why some news of rain in the forecast next week is so positive. “A drenching before Christmas would be the Christmas present many farmers, growers and bach dwellers are wanting most” says head forecaster Philip Duncan.

“The set up next week involved two large highs on either side of NZ allowing a developing low to grow in our area. It should see sub-tropical rain being pulled down with higher humidity. A mix of dry spells, drizzly patches and heavy downpours”.

WeatherWatch.co.nz says the best chance for rain in the top half of the North Island will be Monday and Tuesday next week.

The purple colouring in our map below shows current general rainfall estimates to be around 45 – 60mm. 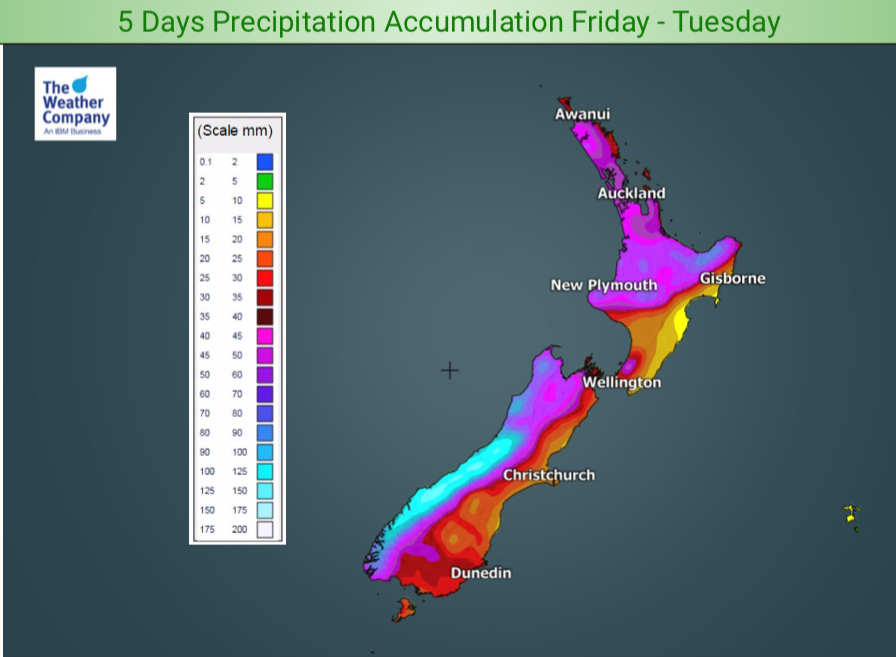