POLL – Should our Jan 2 stat holiday be shifted to winter? 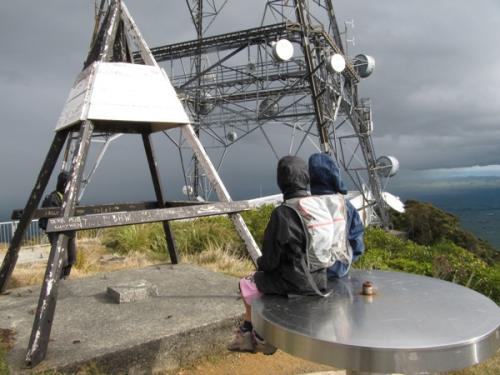 Poll, plus column by Philip Duncan — Anzac Day is one of the few days of the year that most New Zealanders come together and show immense respect to those that sacrificed so much to secure a free and democratic future for us all.  It’s a day that many spend reflecting on our past – and I guess, what the future may hold.

Of course in a months time we have Queen’s Birthday Weekend – our last national holiday for just under five months until Labour Weekend in late October.

When one of our biggest icons passed away in 2008 some suggested we should have a Sir Edmund Hillary national holiday in winter – to break that 5 month holiday-free spell and to encourage Kiwis to get out and enjoy the outdoors during our temperate summer.  A day that would also reflect Sir Edmund.

I can’t recall why it never happened but with little doubt I assume it was due to economic reasons.

I have a weekly Saturday morning chat with Andy Thompson on NewstalkZB in Greymouth and off-air we discuss a number of things, as he’s a fairly big weather enthusiast.

We were discussing the holidays, for whatever reason, and he mentioned that the Jan 2 holiday we have has no name – it’s actually just a day off work.

Afterwards it got me thinking.  What if we re-arranged our holidays.  I know what you’re thinking – why move a perfectly placed holiday from summer to winter?

Well, I suggest we don’t really need January 2nd as a national holiday.  Many businesses shut down over that period anyway, or, a vast majority of employees take annual leave then.

Without that holiday on January 2nd, I think the majority would still enjoy  the long weekend and wouldn’t notice having to take one extra day of annual leave during their three or fours weeks off then.

If we did this, we could then shift that holiday to the middle of winter.  Making it easier for families to take a long weekend during the school holidays to go skiing.  Or if you don’t have a family, it’s a 3 day weekend that gives you a break from the long, dark, winter and lets you enjoy three days out of the office – and a chance to see the sun hopefully.

It would be great to have a holiday that has more of a purpose than just dealing with a hangover from New Years Eve.  Instead, how about a national holiday in the middle of winter – because unlike many other nations at similar latitudes our winters are actually quite warm – we can embrace the outdoors even in winter.

Not to mention that most countries don’t have January 2nd as a national holiday.  It is a bit of on odd one.

Am I on to something?  Or is this going to be an unpopular idea?  Post your thoughts below.

Should our Jan 2 stat hol be shifted to winter?

I’ve always thought it’s ridiculous to have almost five months without a holiday then 11 packed into the rest of the year. A holiday in August would surely be beneficial to everyone’s mental health.

Then again, why not introduce a new holiday and keep Jan 2nd! If I had to choose though, I’d choose to have one in August.

leave it as it is if you are going away when like this year new year falls in the middle of the week you at least get 2 days off. If it was changed you would only get 1 day and what would be the point in going away for that not everyone has or takes off the days off between xmas and new year. Highly approve of having a public holiday somewhere in the winter but you can always use one day of your annual leave in the winter.

So if approved, the next question will be, when to have the holiday? Of course, anytime between early June and late October, but exactly when? About the middle, in mid-August? Or closer to a date specific in Sir Edmund Hillary’s lifetime, such as his birthday (20 July), or wedding anniversary (3 September), or in conjunction with the naming of Hillary Ridge in 2011 (18 August)? When would be the best time to have a long weekend to enjoy winter sports, that doesn’t already coincide with school holidays? And should it be a Friday, or a Monday?

Mid August sounds good, as there’s no longer any such thing as August school holidays, it’s right in the middle between Queen’s Birthday weekend and Labour Weekend, and usually by then the mountains have had a good coating of snow and the ski season is in full swing. It’s not too far from the beginning of spring, so those who want to use the long weekend for beginning their spring cleaning chores can dust off their winter doldrums and get to it, without it affecting their day job. International rugby matches are usually on about this time, so could make it easier for such matches to attract live attendance.

The more I think about it, the more it seems to make sense to take an almost redundant public holiday and convert it into one that will mean so much more.

I don’t think this an unreasonable thought. After all, it would just mean transferring a stat day to another time in the year. There would be no extra cost to an employer as it is an expense to them now. Plus you are right, it is a long time between breaks in the gloomier time of our year.
Weatherwise it has been a great month with 49 mils rain and plenty of sun hours here in Lower Northland. Even saw a local farmer still doing some baleage last week which is almost unheard of this time of year. Still plenty of time for more rain before the real cold sets in. Still seeing pukeko chicks around so either they have miscalculated or still some mild weather to come.

Yup, “economic reasons”… But surely to coincide a winter holiday would be more beneficial than everyone taking sporadic sick days.

Why not do it !? let’s break the monotomy of winter . I was married on the 27th of June 1964 ! ( Shows my age !?) which is not long after the shortest day ! but what a beautiful day it was too ( weather wise )
It would give every one something to look forward to and plan for in the winter !
Why would business object ! they will not loose a day and indeed gain a day when things are slow business wise .
And why should ‘ National ” object ?