POLL RESULTS: 2 out of 3 Kiwis happy with Daylight Saving 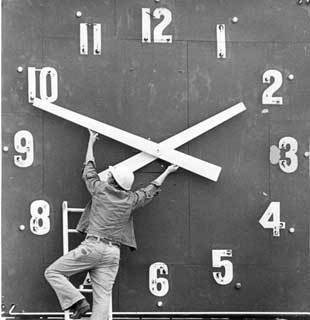 Our latest poll was bound to split opinion – something we had already learned from the lively discussion on our Facebook page about the issue!

It shouldn’t really be a surprise – the changing of the clocks is an annual milestone – a marker for the changing of seasons, and something ingrained in many people’s ideas of summer and winter.

The poll asked whether our readers were happy with Daylight Saving in its current form, or whether it’s time for a change, possibly pushing it later in the year.

One commenter certainly fell into the latter category, while at the same time managing a political dig, writing:

“If we must have daylight saving it should go back to where it was before Peter Dunne’s not so bright idea of extending dates 3 weeks each end“.

There were even dissenting voices asking for an earlier change, with another commenter saying:

“Daylight savings could be earlier in Auckland, the suns been up early for a while already. I think if the sun is up by 7, we can put the clocks forward.“

In the end, the nays took it by 62% to 38% – showing that while the status quo has support, there may be mood for a change if we continue to have these rubbish starts to spring…

It would be interesting to know if the poll split is between country and urban areas. Perhaps listing in any future poll whether you are urban or country might be interesting.

My personal view is start at Labour Weekend and finish at Easter whenever this holiday falls. For me this is better use of summer weather.