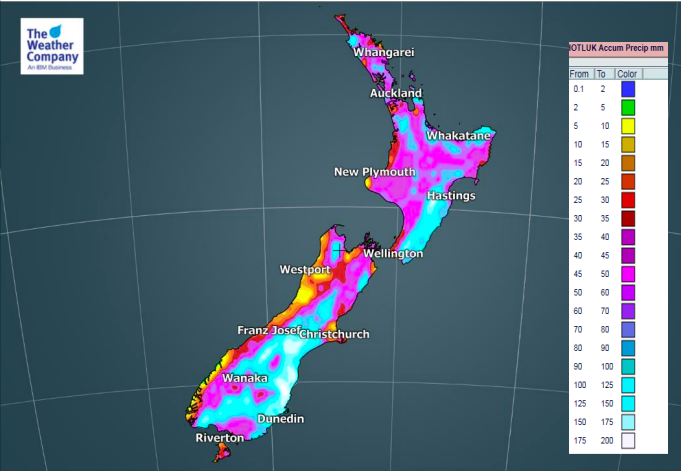 The second large low in a week will cross over the North Island in the next 36 hours bringing more rain, this time to those that need it the most in the lower and eastern North Island.

Rainfall totals in some regions have been stunning recently. Some farmers are telling WeatherWatch.co.nz and CountryTV that they have had months worth of rain in just several weeks. “We recently have had nearly 300mm of rain in seven weeks, so three months of rain in seven weeks” Alastair Mann, who farms 50kms north of Gore, told head forecaster Philip Duncan today. “I’ve been farming here for 23 years and this is the wettest I have ever seen it”.

Rainfall maps do show the country has had a lot of rain recently, but there are some dry pockets remaining such as Marlborough, Manawatu, Wairarapa and Hawke’s Bay. All of these regions will get rain in the coming days with the heaviest falls around eastern coastal Marlborough. 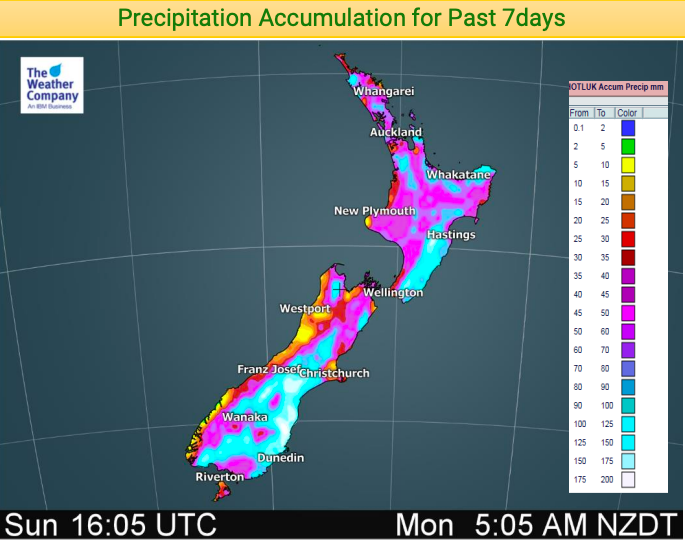 Wednesday looks to be wettest for those in the eastern North Island. Places like Hawke’s Bay will get some wet stuff on Tuesday but it will really be overnight and across Wednesday that Hawke’s Bay finally gets more set in rain. The map below does not include Wednesday itself, rather rainfall totals in the 35 hours from 1pm Monday. 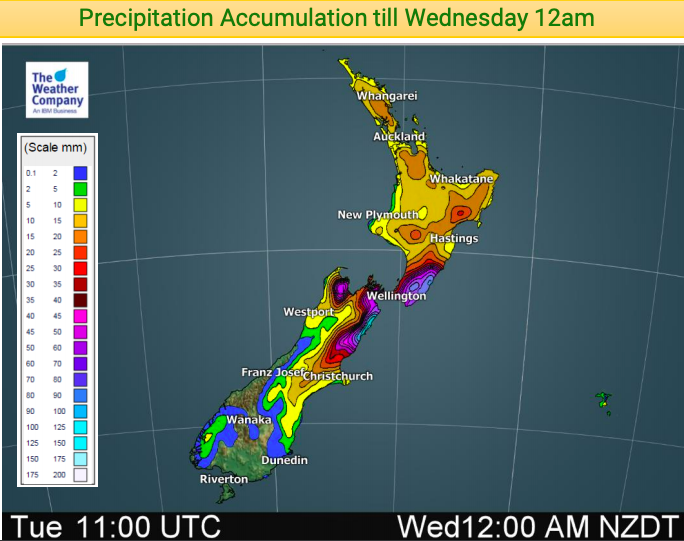 The current set up encourages a bit of a miserable week if you live in Canterbury with days of easterly quarter winds which will help make for colder than normal weather. The flip side is that the West Coast will be warmer than average this week. 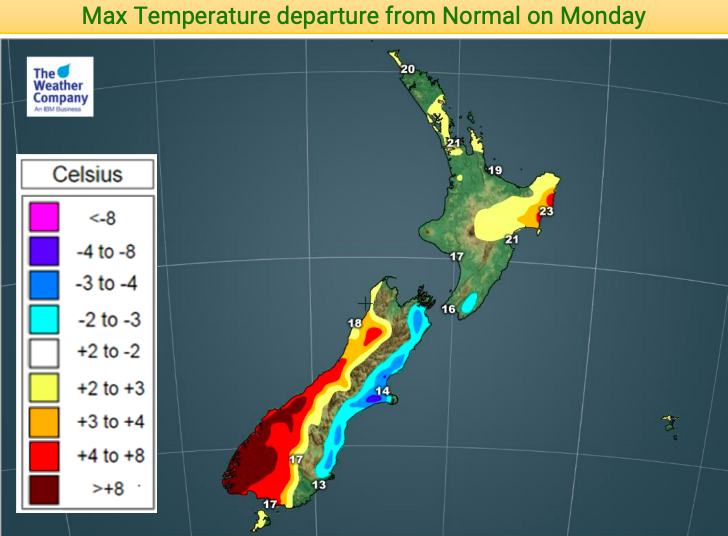 This set up remains until later on Thursday when finally we enter a transition period between this current low pressure system and the next one which comes in on Friday PM and across Saturday.