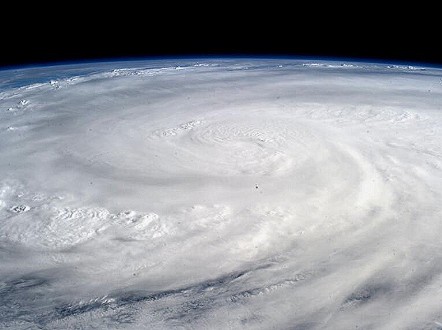 Floating high above the Earth, astronaut Karen Nybergpointed her camera at a swirling white cloud spreading across the planet. Little did she know the devastation that was unfurling beneath.

This remarkable image of Super Typhoon Haiyan over the Philippines, was taken by the NASA astronaut during a five-month mission in space.

It was one of many specular photographs taken by Nyberg — who in 2008 became the 50th woman in space — and was retweetedthousands of times by her followers back on Earth.

CNN spoke to the mechanical engineering professor earlier this year, in a live broadcast from the International Space Station. Check out the interview here.