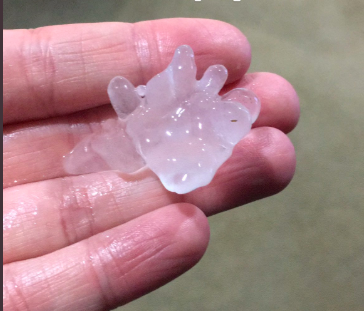 WeatherWatch.co.nz has received several photos tonight of large jagged hail from thunderstorms that have tracked off the Tasman Sea and into Auckland. Earlier today it occured in Taranaki.

The squally weather is being produced by an enormous area of low pressure all over and around NZ.

Often in NZ our hail is small and round but some thunderstorms can produce jagged hail as the frozen precipitation bounces around in the towering clouds, joining with other hail which may be melting and refreezing in the chaotic up and downdrafts inside these squally downpours.

It’s also a reason why planes do their best to avoid them, due to the mechanics of strong winds inside these clouds.

More heavy squally showers with isolated hail, thunderstorms and gales are possible tonight but should be easing over the next day or so as even colder air surges northwards which will help dry the skies out by Wednesday in many places. 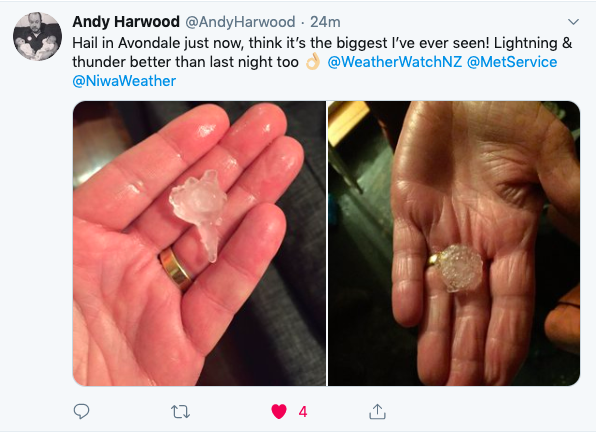 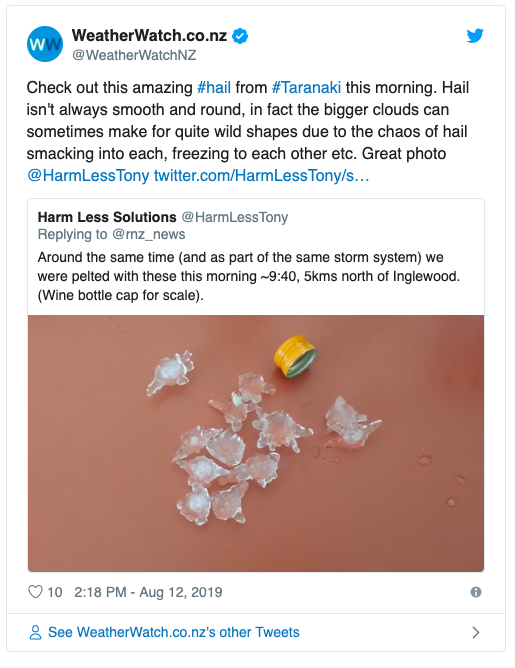