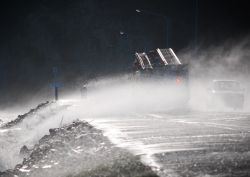 The wild winds also whipped up a number of small water spouts according to Paul and others who contacted us.  “I counted three water spouts and countless updrafts of water. Some reached as big as 300m wide & 30m high!” Paul told us.

WeatherWatch.co.nz believes these were small areas of spinning wind, such as dust devils you see on land, except over water.   If someone has photos or videos please contact us.  For more details on waterspouts click here.

Our thanks to Paul for these great photos.

Do you have photos of the stormy weather – or the waterspouts? Click here to upload them 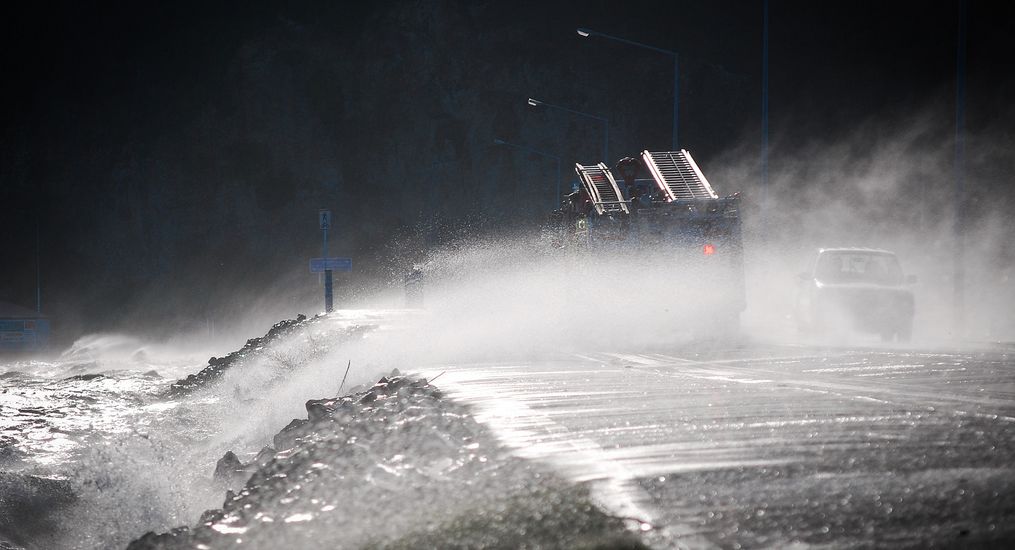 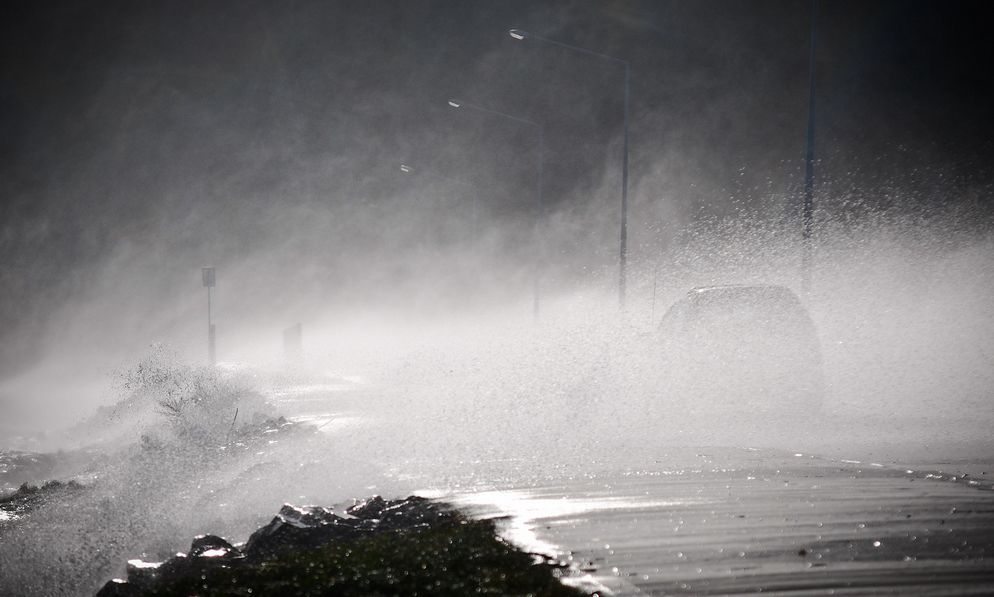 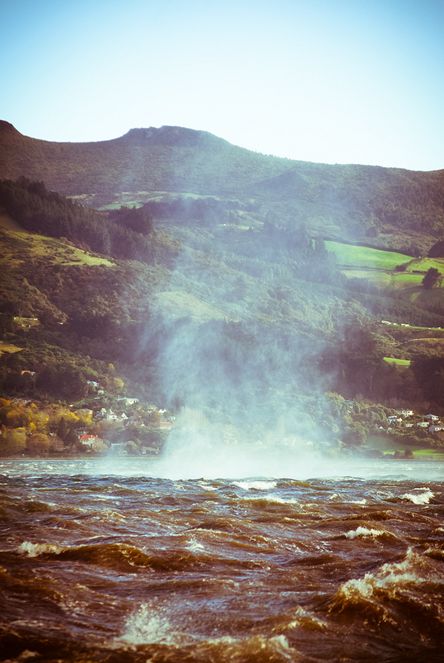 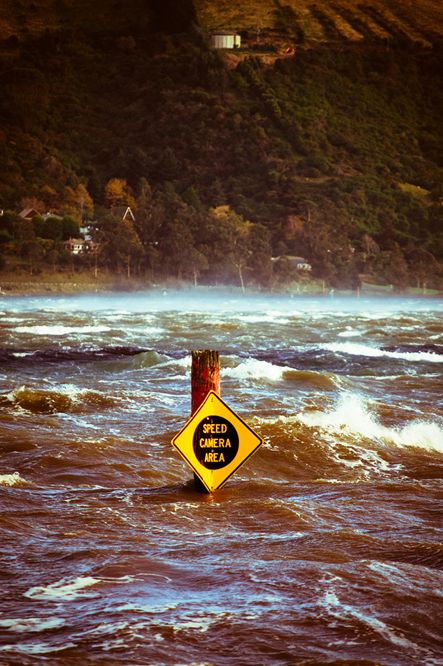 Not quite as it seems – a speed camera sign is nailed to a post in the sea as a joke.  While it appears to be a road underwater Paul tells us it’s 30 metres out in the harbour. “High tide and stormy” he says. 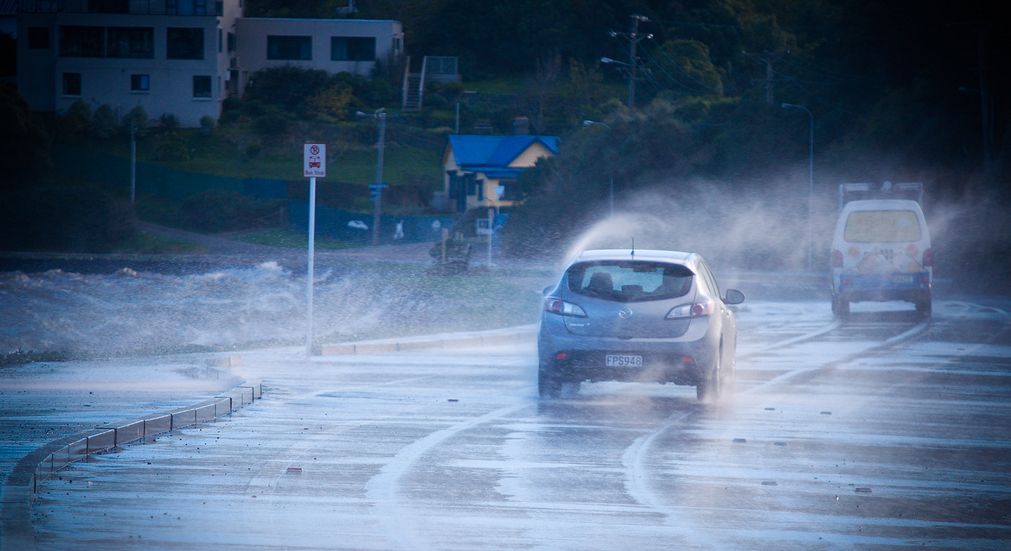 Fierce winds whip across the road at Macandrew Bay.

Great to see the images from down south Paul. I like the speed sign. Maybe the maritime harbour authorities are sick of speeding boats LOL.

I like many were caught unawares by this windstorm. I was working log splitting when the wind surged up to storm force in a matter of minutes. I would estimate gusts to hurricane force at times. It was at its most fierce between 9.00am and 11.00am. NZ Met. Service did not get it right for us once more. It had been forcasting gales about the Southland coast only as late as 8.00am when I left to work. I wonder what excuse they will have about missing this one or do they simply not care.

M/S had it in the severe weather outlook the possibility of severe gales for eastern areas south of canterbury a couple of days before hand
so there was warning
strong NW winds in a lee trough do not always blow everywhere, in every setup event
this time though Dunedin area was in the firing line (it was the pressure release valve for the air that was piling up against the mountain ranges)