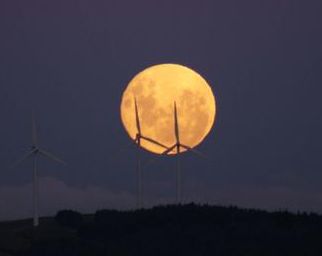 The moon is currently the closest to earth in almost 20 years – here are the photos you’ve been sending in to us.

If you have photos to upload click here to do so

This was taken from my back door in Manurewa at 5am Sunday 20th. Uploaded by: Heather Lee

This photo was taken in Pakuranga, Auckland at Sunset on Saturday at 7:34. (Canon PowerShot SX 200)
Uploaded by: Esther-Shahn Naylor

This photo was taken off my deck in Pakuranga, Auckland at 7:43pm. My Camera is a Canon PowerShot SX200 IS. I like it because it looks like the moon is a ball rolling through a red tunnel of cloud!  Uploaded by: Esther-Shahn Naylor

This photo was clicked in the morning on March 20, 2011. Cropping has been done to remove junk from the photo. When there is a reference in the background, it gives idea of size of the object.  Uploaded by: Jyotsna Kapadia

Taken from my front door 7am today low in the sky & viewed through the City haze from Manurewa… Uploaded by: Carole Pilkington

Taken over Waiau Beach at 7.14 a.m.  Uploaded by: Lindy Payne

This was taken in Invercargill at about 9.30/10.00 ish on a partially overcast night in the rain.  Uploaded by: Philip Sullivan.

Moonset 7.15 am when full, west view from Waiheke over Rangitoto.  Uploaded by: Waiheke News

The moon looked magnificent this morning at daybreak over West Auckland. Seen here sinking behind a huge Southern Beech tree that was planted by a lovely lady who moved to Auckland after many years farming in the South Island.  Image taken at 6:15:AM.  Uploaded by: Zelda Wynn

The moon image taken at 6:38:PM as it rose amongst hazy,beautifully coloured sunset clouds over Auckland City.   Uploaded by: Zelda Wynn

From my back door, 8pm Manurewa , cloudy.  Uploaded by: Carole Pilkington

8pm from my back door..cloudy …Manurewa… Uploaded by: Carole Pilkington

This doesn’t look scary at all. Its a shame that something so beautiful is causing so much heartache.  Uploaded by: CJ Due-Simmons

Taken soon after 8pm Saturday from my deck…………..Uploaded by: Tinka Mushett

The moon rising over blockhouse bay at sunset.  Uploaded by: Farah Shehadeh

Photos were taken at movies in the park on Milford beach.  Uploaded by: Annette Read

Taken from bedroom window at around 7am on the 20th of March. Taken with a Fuji Finepix s1600.  Uploaded by: Joanne Clarke

Loved the photos – I tried but failed miserably!!!

I’m enjoying seeing the images from around the country, thanks to everyone taking the time to upload.

I especially like the one by Keith Stewart with the aeroplane over Kelburn Hills, and Annette Read’s at Milford Beach with the moon’s reflection in the water and Rangitoto Island – good stuff!