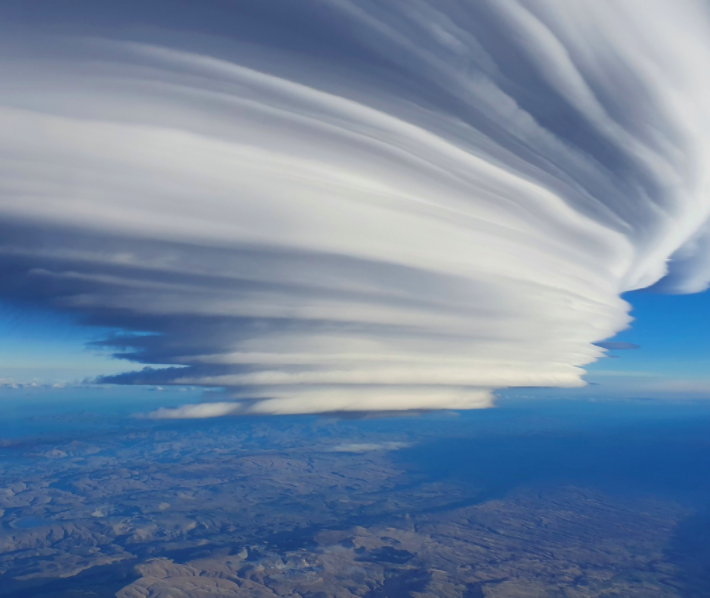 Pilot Geoff Beckett says in 20 years of flying he has never seen a cloud like this. Neither have we in all our years of forecasting in New Zealand!

This incredible lenticular cloud was spotted over New Zealand’s South Island region of Otago over the weekend.

Lenticular clouds are clouds that don’t move and form mostly in the troposphere. A westerly breeze over the ranges below helped build this.

They are often comparable in appearance to a lens or saucer and we often see smaller “UFO” type clouds in New Zealand, especially in eastern areas like Otago and Canterbury when the westerly quarter winds are just right.

A big thank you to Geoff for tagging us into the tweet – what an honour to get such a remarkable photo!

It has a name Taieri Pet!
Check Google Images for many photo’s of similar cloud in area.