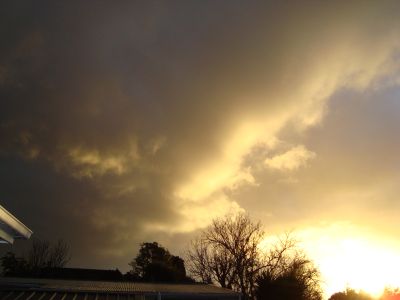 By head weather analyst Philip Duncan — The start of winter has been aggressive this year with deadly wind chills roaring through West Coast farms, snow falling up the South Island’s east coast and heavy frosts as far north as Auckland.  Everyone has had a taste of winter as a brutal southerly direct from Antarctica pushed over the nation.

It backs up the exclusive predictions we made back in March when we called for a higher risk of snow storms this winter based on unusually large highs.

However an early start to winter doesn’t guarantee an extra cold winter ahead.  Think about this time last year – June was incredibly mild breaking or challenging records for warmth.  Then July and August hit with two significant polar blasts, one of which dumped snow in Northland and the hills around Auckland and saw snow flurries to sea level.

Our feeling is that winter may actually warm up a bit over the next week or two – back to average temperatures which will will feel warm compared to the past two weeks.

But if this weather pattern continues right into the depths of winter we may see another significant polar blast – and, more worrying, would be more snow predicted in spring once lambing has started.  It’s my feeling that farmers should be prepared for the worst this year.

Not one day would go by when we’re not asked when we’ll be launching a weather app.   Despite this strong demand we have to balance it with the many other projects we have on.

WeatherWatch.co.nz doesn’t receive government funding so it may take us a little longer than the others to develop these products – but we hope waiting may be worth it.

Other weather providers in New Zealand have built apps recently which simply reflect what is on their website already – then they charge you for that app.  If we create a mobile phone friendly version of this site via an app it will be available to you for free – you have my promise on that.  We take public safety very seriously, so charging people to access what is already free on our website seems dishonest and greedy.

We have two ideas for apps – one will simply be our website in a mobile friendly layout.  The other may have more bells and whistles – but we are only in the early stages of planning.  We’re hoping the second app will be free also, but we can’t guarantee that at this stage in case we have some great ideas which do come with an expense.

But, as I said, we won’t be charging for an app that simply shows what is already freely available on our site.

Bugs on our site

WeatherWatch.co.nz still has a few bugs here and there – the most annoying being the bug surrounding selecting your region and having it stay as that region.  We have over the past two months been changing web developers and during this transition period all tech jobs have been on hold, however we are back into it now and by July we hope to start fixing some of these small but annoying problems that pop up from time to time for some of you.

Great news on your plans for weather app Phil, understand totally your situation so will receive it gladly when you roll it out.
I presently have your site on my iPhone anyway so am quite happy with that.

A lot of the weather apps around free or not very often are just good to look at, eye candy as they say, very few actually deliver so I for one am glad to see you taking your time to produce something that delivers.

Great news….would love an app from Weather Watch, it would no doubt be well received

Great news….would love an app from Weather Watch, it would no doubt be well received