Phil’s Weekly Column – US politicians use weather to attack opponents 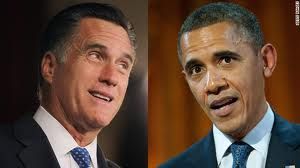 We’re used to hearing politicians worldwide say whatever it takes to win a vote – and these past two weeks have been no different across the United States.

The US election is starting to dominate the news all over the world – including here in New Zealand – and both left and right wingers have been using the weather to score points…or to lose them.

Two weeks ago, before Mitt Romney accepted his presidential nomination at the Republican National Convention in Tampa Florida (for those who don’t know, Republicans are the conservative party, probably most closely aligned with ACT and the non-elected Conservative Party in NZ), we started to hear about reports of a storm called Isaac.

But the storm missed Florida and instead hit further west, taking direct aim at New Orleans.

However the storm was still around – and that meant bad news for Mitt Romney who was now taking to the national stage – but sharing it with a hurricane named Isaac.

In America TV channels place live satellite and rain radar images up on the screen almost permanently before a hurricane or tropical storm makes landfall.  It’s a great idea, keeps it top of mind and is something our news channels should seriously consider during our most extreme weather events.

But the idea of a split screen upset some conservatives.

One Republican, interviewed on MSNBC, expressed his unhappiness about the Convention sharing space with Isaac: “Reporters are very quick to wanna do a double box with what’s happening in New Orleans,” he said, looking at the monitor, where a small satellite image showed Isaac about to hit New Orleans. He then sighed.

Ari Fleischer, press secretary under President George W Bush, said: “The worst thing in the world for Republicans, though, would be that split screen of partisan speeches as people are being evacuated.”

That, sadly, was exactly what happened. Sad, not for the politicians, but for the 5000 people forced into shelters as the hurricane pounded New Orleans.

Now this week it’s happened all over again.

President Obama yesterday accepted the formal nomination by the Democratic Party (the more left wing party, which in NZ terms is more closely aligned with National – although to Americans it is really their version of the “Labour” party) to run for president for a second term.

His speech was, however, in a much smaller, indoor, stadium – and away from a much large outdoors stadium. It was a move the Dems blamed on predicted thunderstorms.

Despite one radical right wing claim that “The Democrats knew the weather forecast three months ago” the right wing party did have some cause for doubting the real reason in a shift of venue.

They claimed the venue change was made for two reasons:

1) The original stadium had Bank of America branding on it – a reminder of the debt crisis, the recession and the highly unpopular government bailout of Wall Street.

2) They accused the Democrats of not being able to fill the much larger Bank of America stadium – empty seats are not a good look.

It does make you wonder – however you can’t argue with the weather itself.

The forecast for Charlotte, North Carolina, where President Obama was due to speak outdoors, was for thunderstorms and a high of 31 degrees yesterday.   Probably not an ideal place to hold a large public outdoor gathering.

The joys of an election year…and doesn’t it make NZ politics look a lot more appealing?