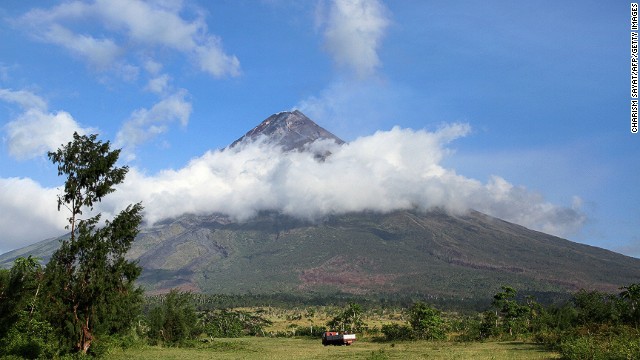 Thousands of people are being evacuated from the area around an active volcano in the Philippines after the country’s seismology agency issued an alert saying a hazardous eruption could happen “within weeks.”

Mount Mayon, which towers over the city of Legazpi in the central Philippines, has shown “a noticeable escalation of unrest,” the Philippine Institute of Volcanology and Seismology said in a bulletin this week.

The agency raised the alert level to “critical” for Mayon, which is famed for its near-perfect conical shape. Critical is the agency’s third highest alert level after eruption and imminent eruption.

Authorities in the region of Albay responded Tuesday by launching efforts to relocate more than 10,000 people from a 6-kilometer radius around the volcano, the official Philippines News Agency reported.

The seismology agency said 39 rockfalls, caused by breaches of a bulging lava dome at the volcano’s summit, had been detected over the course of several days It also said low level volcanic earthquakes had been recorded.

The raised alert level “means that Mayon is exhibiting relatively high unrest and that magma is at the crater and that hazardous eruption is possible within weeks,” the agency said.

Situated on the island of Luzon, about 330 kilometers (205 miles) southeast of Manila, Mayon is one of the world’s most active volcanoes.

Since 1616, the imposing stratovolcano has erupted 47 times, with many of the explosions causing deadly mudflows and ash falls.

In 2013, five climbers died when they were hit by falling rocks thrown up by a particularly violent blast.

The volcano’s most devastating eruption took place in 1814, killing at least 1,200 people.