Phil Duncan: When is summer coming? 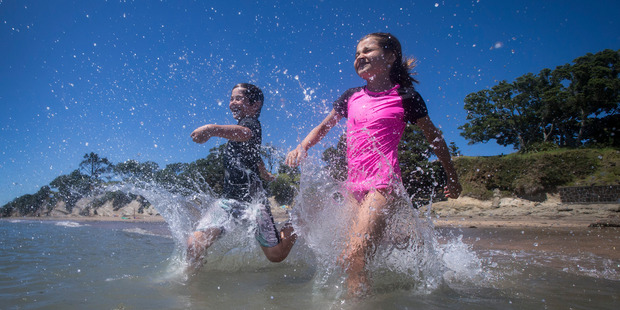 Storms, high winds, heavy rain and even ice… What has happened to our summer and will it improve. WeatherWatch head analyst Phil Duncan explains.

La Nina is failing and fading and summer is proving a challenge – for those on holiday wanting day after day of sun and no wind but likewise for farmers, growers and gardeners alarmed at how dry it is now becoming.

There is now a significant Big Dry forming in a number of regions and I can’t rule out droughts being declared, even if briefly, for some regions later this summer if rainmakers don’t reach the north and east in particular.

A couple of weeks ago I wrote explaining why New Zealand’s summer weather pattern is so changeable – it’s not unusual for January to be messy weatherwise.

Our memories are shaped so that we tend to forget the grey, windy, days and tend to remember the summers of long ago that were hot, sunny and calm.

As someone who grew up camping in a tent and caravan with my family in the 1980s and 90s I can tell you just about every January we had a storm.

Tents ripped, caravan leaking, cyclones on the way. I remember the weather in Hahei on the Coromandel Peninsula was different every season – dry grass en route meant a great camping holiday ahead, green paddocks meant rain.

So here are questions I’m being asked at the moment:

1) When is true summer weather arriving?

A more settled summer pattern is still coming. We see more high pressure systems rolling in over the next few weeks – but the changeable “spring-like” weather out of the Southern Ocean isn’t quitting and will continue to fire up sou’west changes and cold fronts. They do look weaker over the coming weeks than the in the past few weeks.

2) Where are the rainmakers?

Most of the news media is focused on the windy weather, the “weather bombs” and the West Coast or national park rain warnings – but in reality much of New Zealand is heading into a big dry.

Our most-populated regions are seeing much drier than average weather. It’s especially concerning how dry it is in Northland, parts of Auckland, Waikato, Coromandel Peninsula, Gisborne, Hawke’s Bay, Wairarapa, Marlborough, Canterbury and Otago.

These areas may see a little wet weather, as will the areas closest to the Tasman Sea – the rainmakers are mostly approaching New Zealand in the form of cold fronts from the Southern Ocean (with the exception of the low crossing New Zealand today), but I see no significant relief for our driest areas.

This La Nina was always going to be a “weak” one – and it’s spluttering.

WeatherWatch.co.nz has already said not to rely on rainmakers from the tropics, as La Nina may well be gone in February and it’s measured at the equator – a long way from New Zealand.

La Nina has done very little for New Zealand. The soil moisture deficit maps from Niwa right now look more like an El Nino pattern due to the fact we never got the La Nina easterlies, we instead had neutral/spring-like westerlies.

4) Will droughts be declared?

We don’t declare them and neither do MetService or Niwa. Drought declarations come from the Ministry for Primary Industries and I can assure you they are already discussing the February pattern with forecasters (including WeatherWatch.co.nz), especially now La Nina looks set to finish without delivering rain to northern New Zealand.

5) What silver linings are there?

Summer is not over – we have plenty of sunny, hot, dry and calm days coming up over the next several weeks, especially in our most populated holiday spots.

If you’re in search of rain, the neutral pattern is better than an El Nino one as it encourages more rainmakers up and over the country (and it’s this pattern that helped bring in southerlies that chipped away at Canterbury’s drought in spring).

The downside is that if you live in the east or further north these fronts weaken the closer they get to you. A front in summer that brought rain warnings to Fiordland may only bring drizzle to Northland a couple of days later, for example.

So although the past few days have seen a couple of sizeable lows over the country, the next few weeks may not be so active.

In a nutshell: more cloud and occasional wet weather for the West Coast, more cloudy/breezy but sunny days further into the North Island, the odd windy/gale day in Wellington (among the calm, though) and the hottest, driest weather remains north of Auckland and in the east of the North Island.