OZ – Stand by for hot May 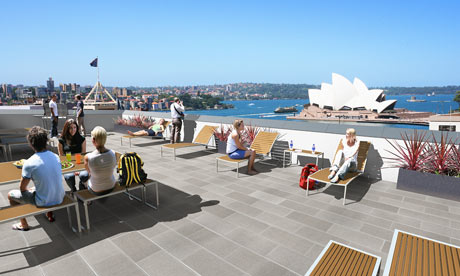 Sydney, Melbourne, as well as much of the rest of Australia, ought to brace for an exceptionally warm weather during May, and possibly until next month.

Weather experts predict Sydney will experience a daily maximum of from 21 degrees to 25 degrees over the next week. Today, weather is expected to peak at 25 degrees maximum.

Melbourne could see temperatures reaching 18 degrees to 20 degrees in each of the next six days.

Western and South Australia, meanwhile, could experience temperatures reaching as much as 10 degrees above average for this time of the year.

Temperatures in Victoria and NSW can jump to 2 degrees to 4 degrees above normal between Wednesday and Saturday. The same with Adelaide of which could see the mercury hit 6 degrees above average.

In recent years, temperatures in Australia should have already started cooling down in April. But as greenhouse gases released by burning fossil fuel or from land-clearing lock in more of the sun’s heat, essentially furthering the already heated planet Earth, Australians might as well expect no weather season will be the same as the last.

Australia also saw in 2013 a number of weather breaking records, including the hottest day and hottest month. The months from June to end April also registered the country’s hottest for maximum temperatures.

As Australia continues to fan out the heat, the hot weather will continue to pound a dry spell for its farming regions.

Victoria and Tasmania will receive below-average rainfall for much of the coming three months.

Not greenhouse gases,its just a broad westerly flow giving dry conditions and because its anticyclonic over australia its giving the sunshine.