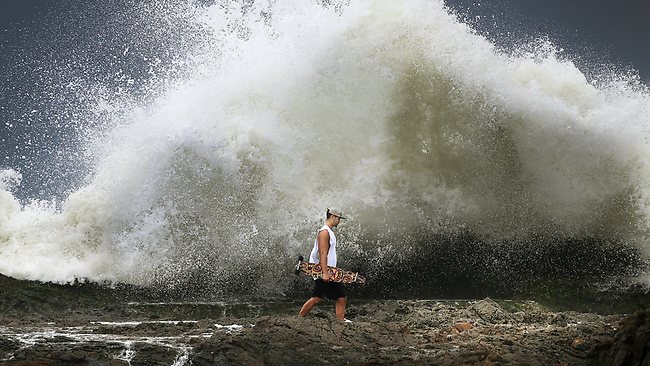 Yet another cyclone has developed off the shores of Queensland, Australia.
Cyclone Tim off the north Queensland coast is unlikely to cause any problems though until the weekend.

Tropical Cyclone Tim formed in the Coral Sea this morning.Tim is sitting about 420 kilometres north-east of Cairns, and is moving south-east at about 26 kilometres an hour.

WeatherWatch believes it could intensify into a category two cyclone but at this point it’s too far offshore to affect coastal regions in the immediate future.

It is likely to weaken before it moves back towards the coast around Sunday.

It appears it’ll turn into a category one cyclone and then to a rain depression before it affects the coast somewhere between about St Lawrence to Cairns.

There is potential for strong winds and heavy rain.

Former TC Sandra has come together with a system in the Tasman sea which has resulted in rain clouds brewing but may break up a little before it heads to our shores here in New Zealand later this weekend.