Our latest low downed some trees, shook some houses, blinked some lights 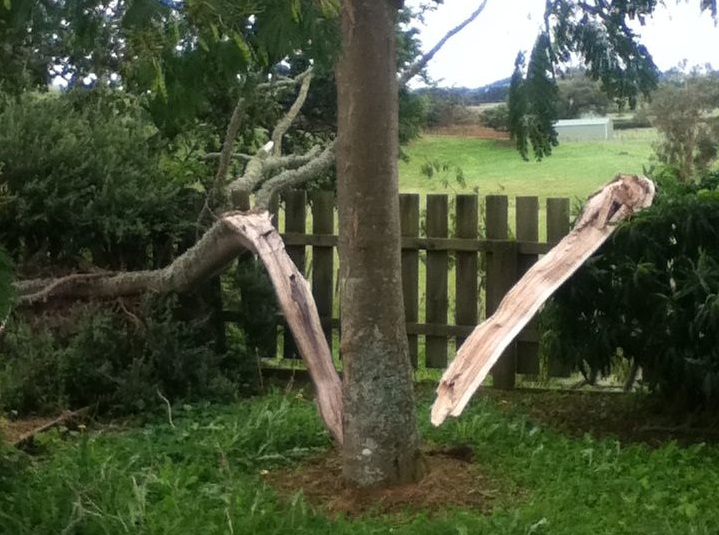 The best thing you can say about yesterday’s low was that it was a pretty fast mover.

But, unfortunately, so were the winds.

WeatherWatch.co.nz heard from a few Kiwis on the North Island that things turned a bit dodgy as the low moved through.

Jennifer Sosich reports that she had a couple of power outages in Rotorua-Ngongotaha.  She said that they had it “quite bad”.

Cheryl Johnstone said the winds in Levin were so strong last night that the whole house was shaking.

Phil Smith echoed those comments.  He said he felt severe gales last night into the wee hours of this morning.

Aimee Blyde in Matamata said her house was “doing a shiver shimmy shake for a few hours”.  She also said she almost willing her roof to stay on.  Fortunately they escaped without damage.

These comments are in addition to the the comments posted yesterday on WeatherWatch.co.nz’s Facebook page.  Dozens of comments were posted with reports of trees down, power cuts and power surges.