Home > News > Our Capital and surrounds...

Our Capital and surrounds 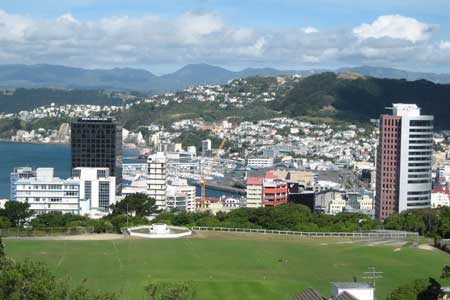 The Wellington region has a temperate climate, with moderate rainfall, relatively mild daytime temperatures, and infrequent frosts. Annual rainfall ranges from 800 mm in the eastern Wairarapa, to 7000 mm in the high parts of the Tararua Range.

Wellington is renowned for its wind. The wind-funnelling effect of Cook Strait leads to a high frequency of strong winds around the southern coast, while the rugged topography results in local variations in wind direction and strength.
Wind records from Cape Palliser and Castlepoint show that the Wairarapa coast is among the windiest spots in New Zealand.
Maximum wind speeds can be very high during extreme weather events: winds of up to 200 km/h were recorded at Kelburn during the Wahine storm on 10 April 1968, and a peak gust of 215 km/h was recorded at Hau Nui in the Wairarapa on 19 October 1998.

There is no question that Wellington can be very windy but there are many days when it can be calm or at least just a breeze. There is a saying “you can’t beat Wellington on a good day” which refers to this (though of course I know Aucklanders won’t believe a word of this lol.)

Should mention that Wgton city has a sunhien average above the national average, 30-year value now up to 2100. Everyone already knows about the wind!

What about an accurate forecast for Auckland – NZ biggest City, with the most changeable weather and varied temperatures. eg. Waitakere just about always 2 or more degrees C higher than Auckland,
Moon and sunset clouds colourful & beautiful over Auckland last night.

Wellington especially over the Nauranga gorge and the hutt are sheltered from W-SW directions too by the south island and as a result experience gorgeous days with light northerlies for sometimes over extended periods,likewise the NE direction can give long warm spells in summer with no wind.