Opinion: Tornados – We can do better 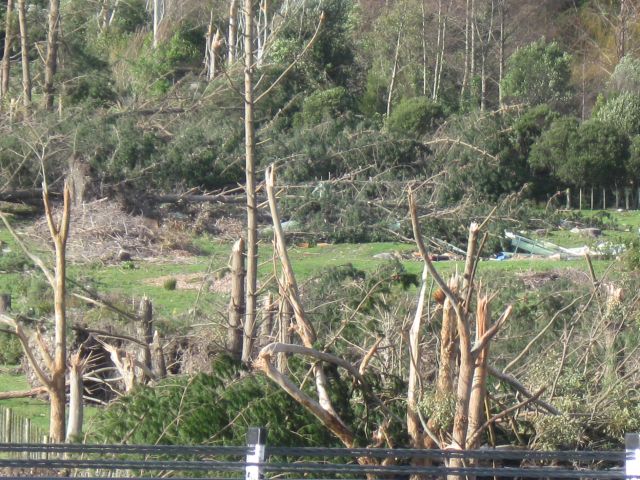 I’ve spent the better part of 30 years covering weather in Tornado Alley. That’s the central part of the US where tornadoes are the most frequent.

Each of these products does a great job in letting the public know there is a chance for severe weather. Watches mean it could happen. Warning means it’s imminent or already happening.

But, there are also false alarms. The US National Weather Service isn’t perfect in their forecasting. Tornado watches and warnings don’t always verify (meaning that a tornado actually occurs). But we can’t spend so much time worried about never being wrong that we’re never right. Severe thunderstorms and tornadoes are very tiny storms. Even issuing a warning for a portion of a city isn’t localised enough.

But for now, that’s the best we can do.

But that’s pretty good considering where we were not that long ago.  Consider that 20 years ago, the US National Weather Service issued warnings with maximum lead times of about 5 minutes. That means between the time the warning was issued and the time the tornado struck, if one struck at all, was about 5 minutes.
In 1996, I was involved in a tornado outbreak where the first warning that was issued came out 29 minutes before the tornado struck. Back then that was unheard of. The National Weather Service had just reached a landmark and indeed, hasn’t looked back.

Now, not every warning gives a 30 minute lead time. Not every warning verifies. But the American public understands this. Certainly, there is a danger in too many false alarms. But can we really look at a radar or at the models or the sky and think to ourselves that severe weather is possible, and then not tell anyone?

That’s not what we are about. Not WeatherWatch. Not MetService. Not the US National Weather Service. We do this job so people can have the tools they need to protect themselves from severe weather.
Kiwis are great at that. Kiwis have to put up with volcanoes, cyclones, earthquakes and the occasional snowstorm. One of the things that struck me when I first came here was how Kiwis really know how to be self-reliant and well prepared.

We need to build on that determination that is already present in the New Zealand general public. We need to bring severe weather forecasting and the dissemination of that information up to a much higher level.

The National Weather Service and private weather forecasters in the US evolved into a cohesive unit. A well-oiled machine that is second to none when it comes to keeping the public informed with timely and accurate information. Certainly it can break down at times, but that’s why the NWS often hosts meetings of both private and government weather forecasters.

It is time for MetService and WeatherWatch.co.nz to work proactively together, sharing information and building on that cooperation to keep Kiwis as informed as possible.  I know that myself and the rest of the WeatherWatch.co.nz team would love very much to work more closely with MetService in this area. I know we can do better.

Just In – you may also be interested in: Exclusive: US Tornado expert talks to WW about Hobsonville tornado

Agreed, there should be no competition when it comes to issuing warnings, so long as those warnings are consistent. But I think you’ll find that NZ could never match the accuracy in the US for one simple reason, there’s no observation network to the west. So there’s always going to be a higher false alarm rate. But so long as the public understand why that is, it shouldn’t be a problem.

I really appreciate your feedback.  I look forward to hearing more from you (and all of our readers) as we move forward from here.

In my opinion, any country that can get 1/4 of its citizens to simultaneously participate in an earthquake drill will have no problem building a better infrastructure for severe weather information dissimenation.