Home > News > Opinion: Cold air is returning, but have...

Opinion: Cold air is returning, but have we passed peak winter yet? 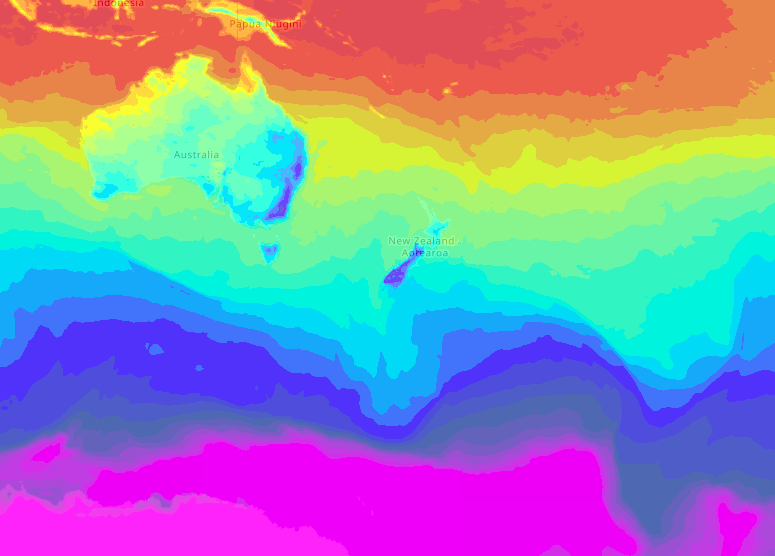 Smack bang in the middle of winter and we’re asking if we’ve passed the coldest part – no different than being at the end of January and wondering if we’ve had peak summer.

While August is often a very cold month in some regions, the windier westerlies can kick in and that tends to limit frosts – or at least limit the number of cold days in a row.

However, some of our biggest snow storms can come in August and September – so we’re not saying winter weather is over, worse may still be on the way and severe frosts may still return. But the consistent run of very cold weather at the end of June and start of July (an Antarctic blast, followed by a slightly weaker Southern Ocean blast) may now be replaced by more windier westerly weather – and that usually lifts overnight temperatures.

Take Tekapo for example. Over the past month it’s had overnight lows consistently between -2 and -8C. Over the coming 10 days it dips down to only -2C to +2C.

Or Northern Southland, recently in the grip of heavy frosts and single digit daytime highs. Today has a high of +9C but 11C and 12C by the weekend and overnight lows mostly above zero (in fact a low of +6C by Sunday).

Don’t get us wrong – we’re not saying the cold weather is done. Dunedin still has day time highs hovering around +9C to +12C this week but the overnight lows are mostly above freezing.

The long range forecast to August shows more windy westerlies across New Zealand and limited days with high pressure parked perfectly over us (which helps bring our lowest overnight temperatures).

But while the consistent run of freezing cold days may be thawing, August and September are high risk months for sudden polar blasts. They may not linger as long as they do in June or July but they can be aggressive. In August 15 2011 it snowed in parts of Auckland City and the hills of Northland – which is a very long way north of Antarctica!

So be prepared for winter storms right up to October – but if you’re someone who loves summer you may be pleased to know that it’s possible we have passed the peak coldest point of winter now. By early to mid-August we’ll be able to confidently say this.

It’s only two more months before the days become longer than the nights do (spring equinox).

I think he spring westerly pattern for Northern New Zealand started last weekend. Add to that I recorded the highest July temperature (19.8) in Whenupai since I began my records well over 10 years ago . Also, that this July is extremely dry, only about 30mm of rain so far this month.