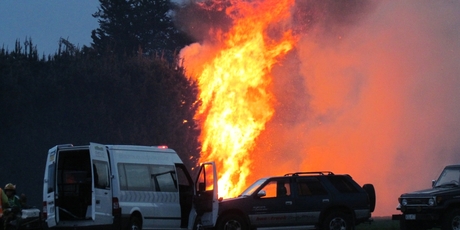 The cost of extreme weather events in New Zealand this year is likely to top $100 million, the Insurance Council of New Zealand says.

That would make it the most costly year from storms in New Zealand since 2004, when insurance payouts hit $181 million, said council chief executive Tim Grafton.

Costs to date this year are $83 million, including a provisional total of $33.9 million from nationwide storms in June.

If New Zealand doesn’t adapt to changing climate conditions, higher payouts will lead to higher premiums, or cover being withdrawn in some areas, he said.

“New Zealand has to plan and adapt in ways that will reduce the impact of natural disasters because every dollar spent in pre-disaster adaption measures saves many more after the event.”

Mr Grafton said people needed to think about how to manage the risk, instead of assuming that insurance managed it for them. “It doesn’t.”

The council welcomed the government’s decision to spend up to $201 million in research aimed at strengthening New Zealand’s resilience to natural hazards.

“More research such as this is needed to inform the frequency and magnitude of weather events and high-grade modelling which builds in cascading events – floods bring with them landslides, storms bring winds and with high tides come storm surges,” Mr Grafton said.

“We also need to see a consistent approach to hazard-mapping around the country which in turn informs consenting and design processes.”