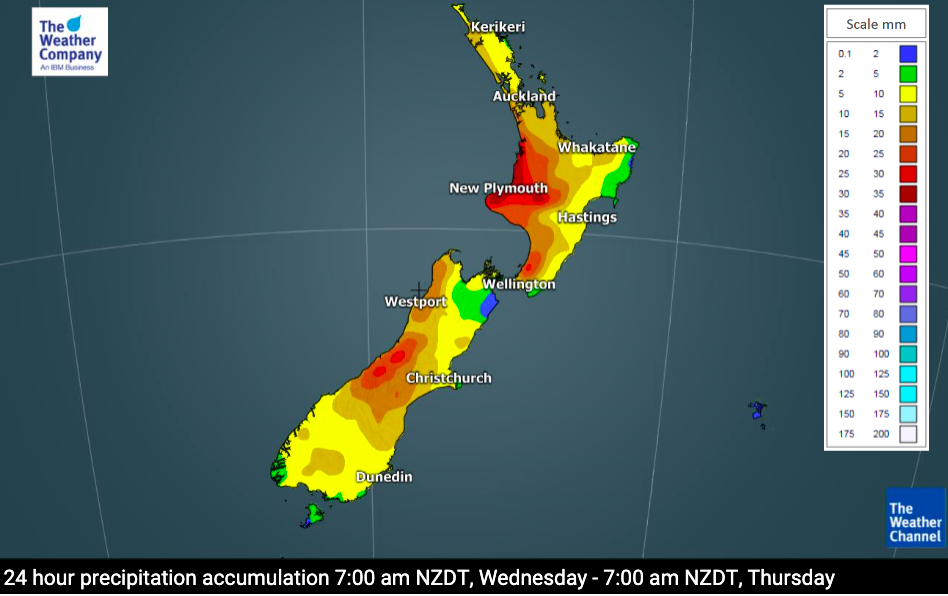 New Zealand’s second cooler Autumn change this week is about to move in bringing a nationwide burst of rain (or showers).

The next two days will see some dry regions get a drink from the sky as a weak low and front move in – but you’ll need to use your local WeatherWatch or RuralWeather.co.nz to drill down deeper on your expected rainfall as it’s not widespread.

As you can see from the maps, both islands do get some wet weather, however the upper North Island and eastern South Island still have below normal numbers.