Home > News > NZers can thank one of the largest lows ... 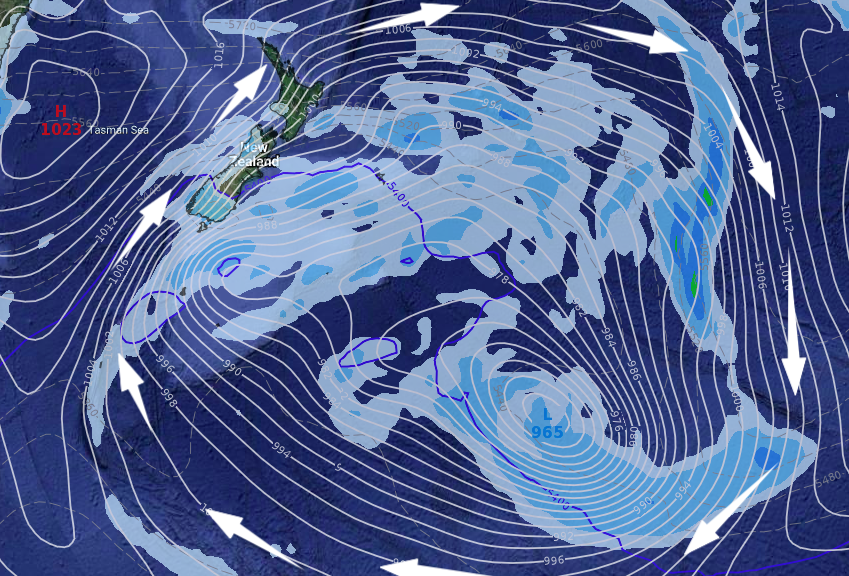 A windier, cooler, week is on the way for many regions – so what is to blame? One of the largest areas of low pressure on earth right now.

The Southern Ocean is active this year, more so than usual and possibly due to the Sudden Stratospheric Warming (SSW) that occurred last spring.

Low pressure systems come and go every week, some merge together, others fall apart – this one has merged with others to create a low that is bigger than Australia, dwarfing the size of New Zealand.  It’s centred well south east of the Chatham Islands, yet stretches far enough west to capture some of the eastern Tasman Sea.

On top of this large low to our south east a big high remains stuck near Tasmania. Like the gradient between a mountain and low lying plains so too do we see a steep air pressure gradient between this big high to our west and this enormous low to our south east. This creates the “squash zone” of air pressure where it is windiest…and can you guess where that squash zone might lie this week? Yup, you guessed it – New Zealand.

Because this is a large low it has big reach – in other words, it will scoop up cold air from from the Southern Ocean. This will not be a flash week for campers – expect some ripped tents and awnings as winds pick up. The positive for campers is that many places wil be dry or fairly dry other than the West Coast and parts of Southland (sorry guys). 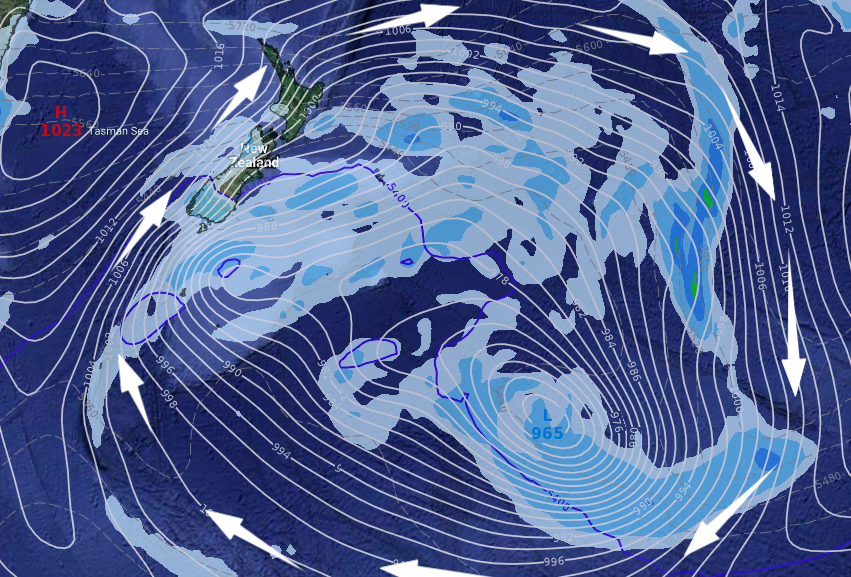 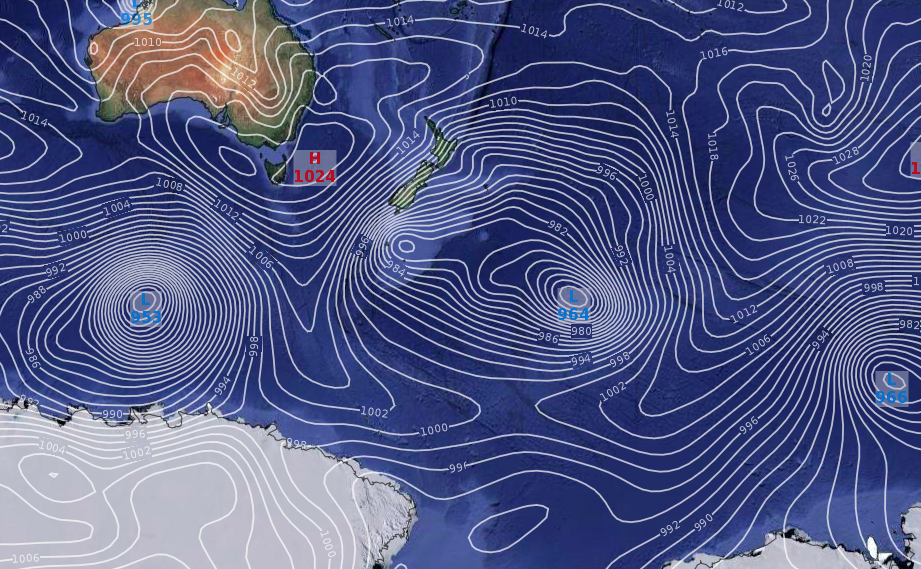 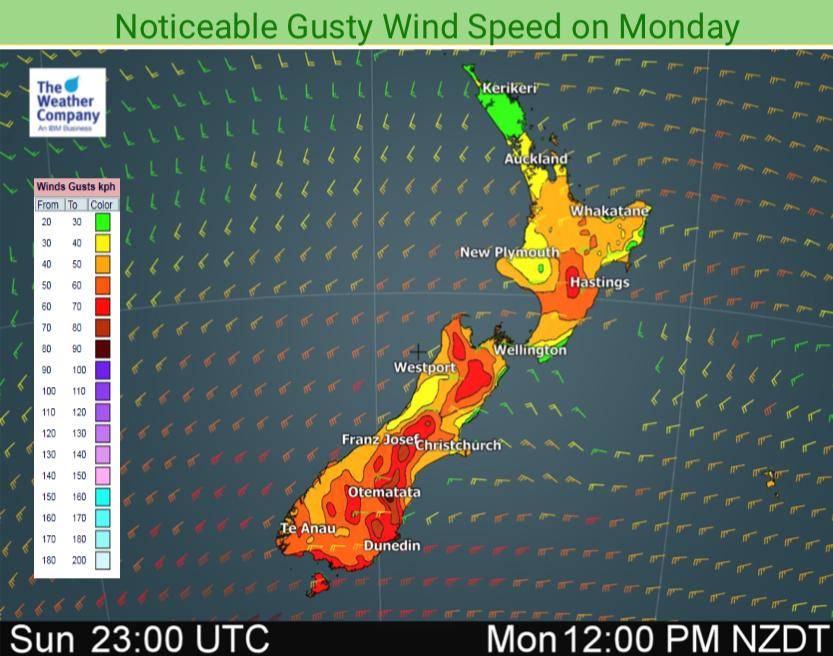 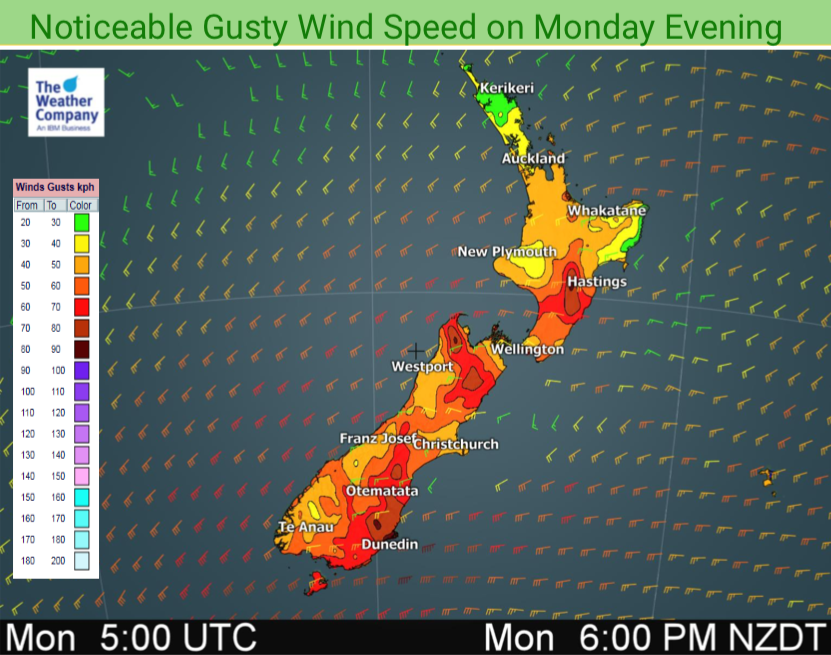 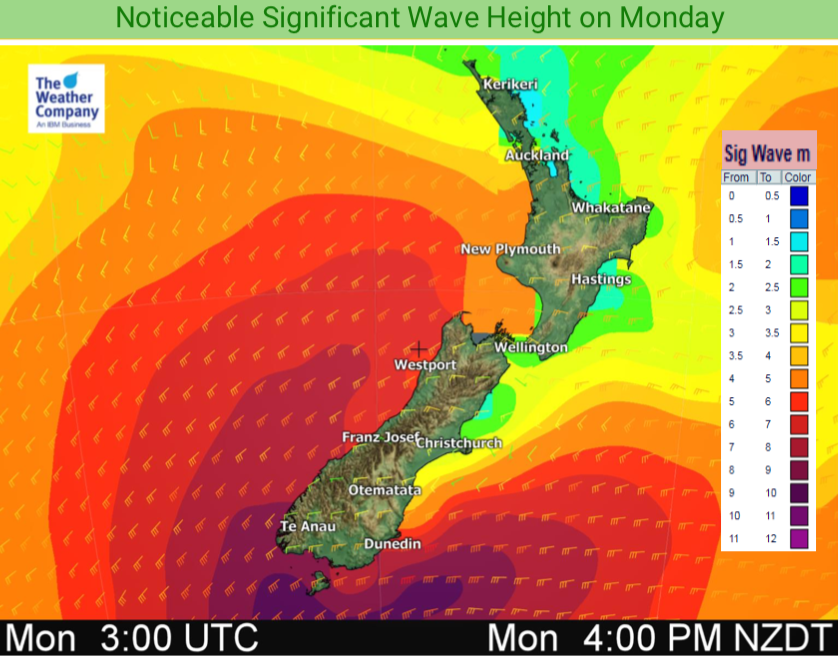 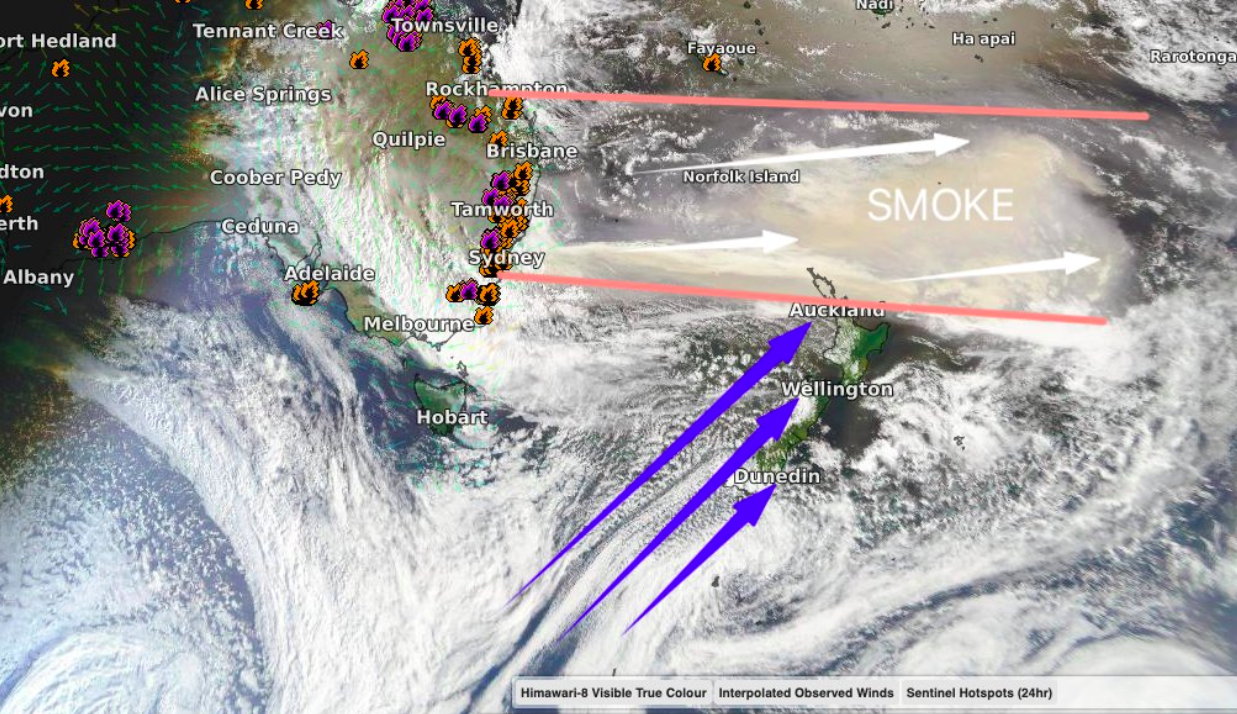 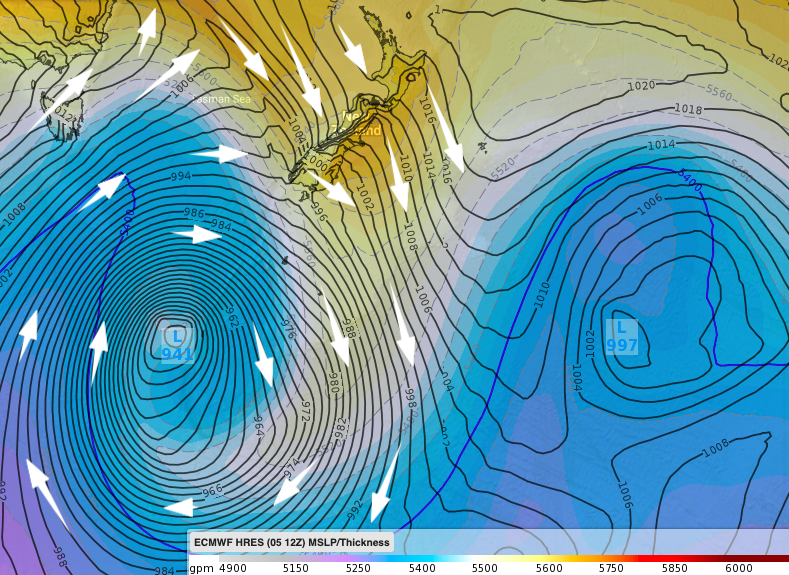