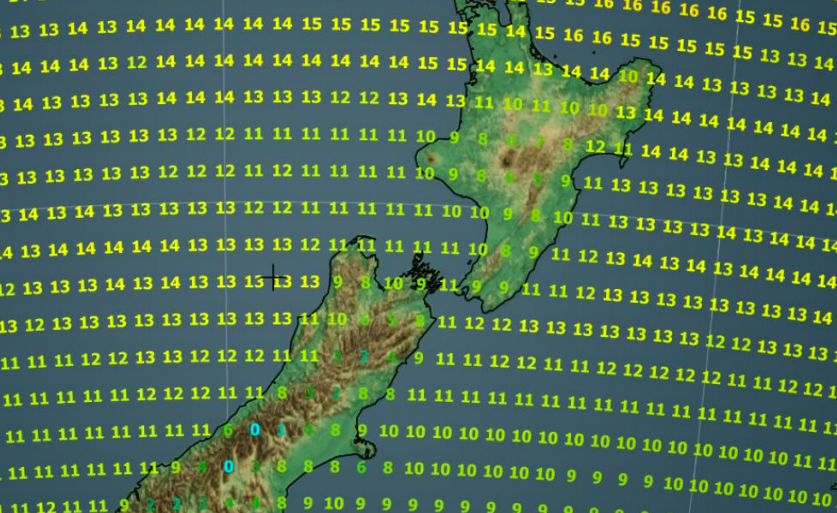 A large but fairly weak area of low pressure is crossing the North Island today with some patchy broken up rain clouds bringing a mixture of drizzle patches, light to moderate rain and some more isolated downpours. There are plenty of long dry spells too.

Winds aren’t too strong for most places, just a few gusts here and there as the low moves through with wind directions shifting around.

The South Island is much more settled with dry skies (except a few light showers in the very north and the very coastal south).

Here’s the latest temperature map for mid-afternoon Sunday. Note the zero’s through the Southern Alps as the colder change heads northwards!

Rainfall numbers aren’t very high with Hawke’s Bay and Wairarapa potentially getting the highest totals from this low.

An unusually large belt of high pressure is now moving closer to NZ and will influence our weather pattern until July – it brings a much drier than normal set up to New Zealand for the end of June. While it will initially bring some colder southerlies it will eventually bring warmer than average weather in. 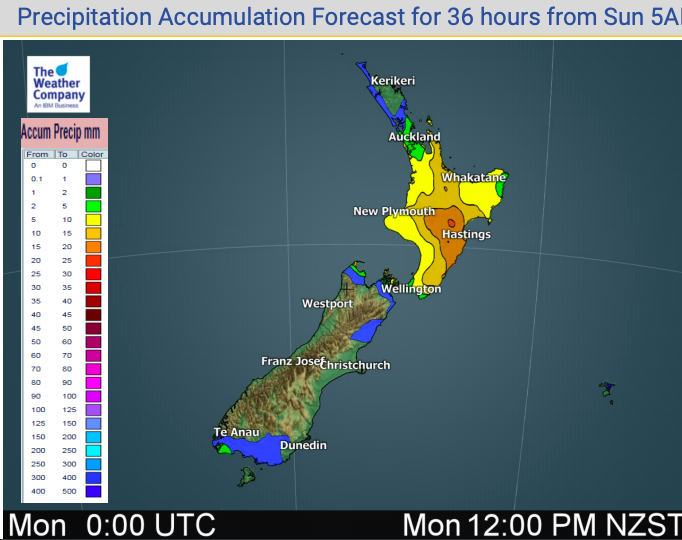 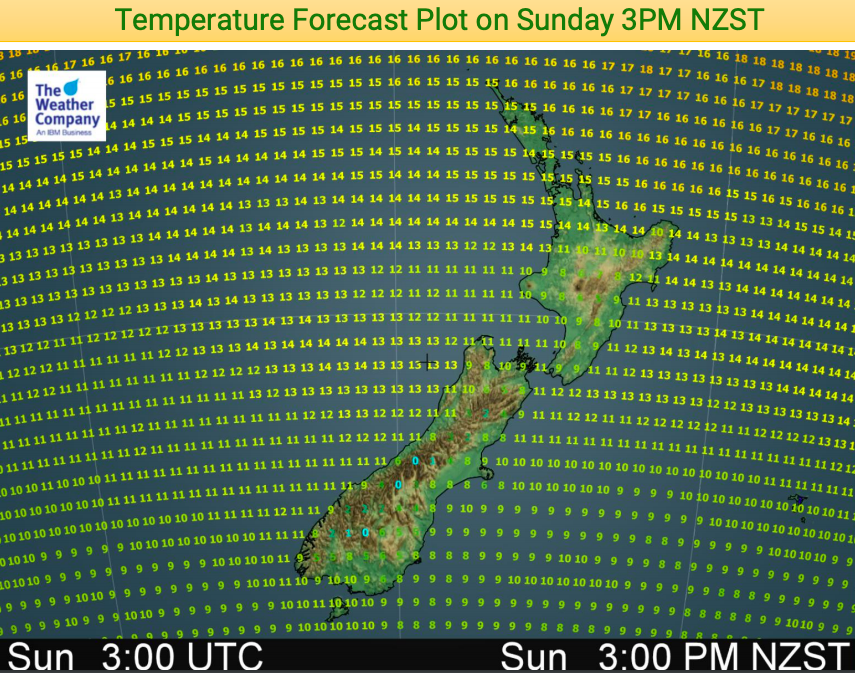