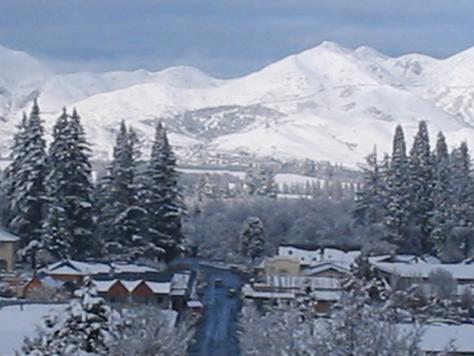 It’s not often we see such temperature extremes over New Zealand between the cities but Auckland has clocked in with a warm 20 degrees at lunchtime and Christchurch has been stuck on a snowy zero for much of the day.

Warm northerlies or nor’ westers have been taking place over northern and eastern parts of the North Island with Gisborne and Napier topping 21 degrees.

It’s a different story over the South with Nelson on 10 degrees but elsewhere it’s all single digits and feels colder in the wind.

Coasters have seen some heavy rain and strong and blustery winds with winds peaking above 100kph earlier about Greymouth.

Snow is easing a little over parts of Christchurch with amounts varying on the ground.Power outages have occurred over a few areas about the city and further inland.

Darfield, west of the city has seen heavier falls as have parts of the Hurunui District which includes Hanmer Springs.

Alpine passes remain closed at this stage and a few minor roads at the base of the foothills are blocked.

Ashburton has just seen further heavy snow inside the last half hour.