NZ and the marketing machine 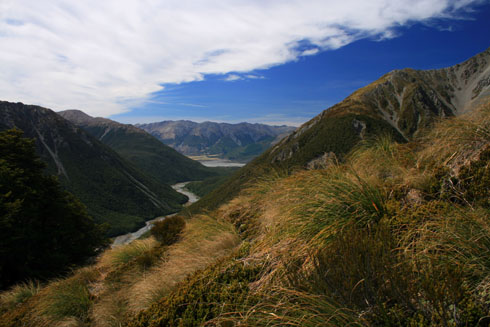 Times are tough for incoming tourists with the New Zealand dollar quite high compared to many countries (although we saw a bit of a dive this week). Will the following blurb be enough to entice visitors during tough economic times?.

Even though New Zealand is located in the South Pacific, at times it is far from tropical! New Zealand’s weather is actually extremely variable – commonly described as “four seasons in one day”. When travelling, it is important to carry clothing to suit any condition – from rain to hail to snow. Layering your clothing is a good option – frosty mornings often turn into warm, sunny days.

Weather conditions also differ depending on which part of the country you are in.
The north of the North Island is sub-tropical – with warm humid weather. The south of the South Island, on the other hand, is the first port of call for Antarctic blasts. This unique climate makes New Zealand one of the most picturesque and diverse countries in the world – alpine ranges, tropical rainforests and golden beaches, all in one compact place!

Despite variable weather conditions, New Zealand’s climate is moderate. During the winter you can expect highs of around 15 degrees celsius, and lows between 0 and 10 degrees (depending on which part of the country you are in). In summer expect highs between 20 and 30 degrees Celsius, and lows in the mid teens.