NZ about to lean drier, but first more rain for Gisborne & Hawke’s Bay 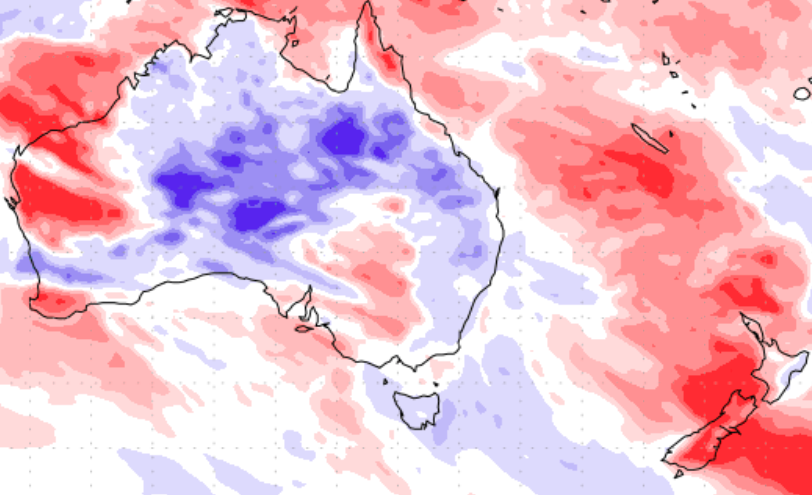 A weather pattern change is coming to New Zealand – it is spring afterall – but we have more rain in the eastern North Island to contend with first.

The system has basically stalled (or is slow moving) and will take a few days to move away from NZ. This means more rain – with heavy falls – could impact the eastern North Island between Gisborne and Napier. While the next burst of rain is generally below rain warning criteria and far more patchy, the deluge in some places in recent days means any additional rain could lead to further slips and flooding.

But over the next seven days drier weather spreads across NZ. It won’t be completely dry for everyone – drier than average means rainfall is lower than normal, but it doesn’t mean it will be dry for everyone all the time. The drier than usual weather (for this time of year) is due to high pressure zones moving across the Tasman and NZ area. Interestingly, this set up means NZ leans drier than average in many places, while Australia’s desert interior has heavy rain coming through as low pressure grows behind NZ’s high pressure belt.

Alice Springs is forecast to receive around 80mm in the coming week. Their annual total is around 282mm.

While NZ is generally quieter next week, the following week may see the spring-like westerlies returning – which if they do eventuate means eastern parts of the North Island (and the South Island) will be warmer and drier. Hawke’s Bay in particular has been colder than average in recent days – and will be again on Saturday too.