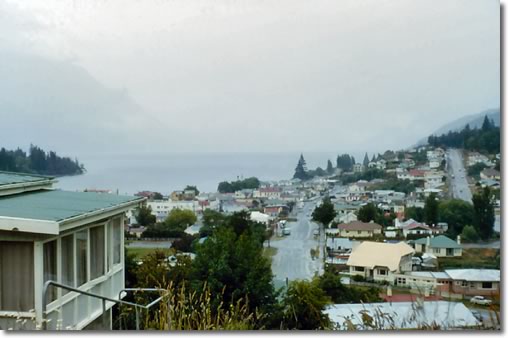 It’s been an eventful 24 hours with gales, torrential rain, thunderstorms but also very high temperatures and glorious sunshine for some.

Cantabrians had their hottest night for January ever as parts of the city didn’t drop below 25 degrees as hot nor’ westers buffeted the city.
At 6am the city was still hot at a shade under 27 degrees.The overnight low at Christchurch Airport was 22 degrees just before midnight but at 3am was 26 degrees whereas other parts of the city such as Belfast and Avonhead were cooking near 30.

“This appears to be some of the heat that Australia has seen and it’s worked its way across the Tasman” says weather analyst Richard Green. “It was a tricky night to get some sleep and these sorts of temperatures were about 10-15 degrees above normal during the night” he said.

Kaikoura is also feeling the effects of the fohn wind with a current reading of 28 degrees.

Today the conditions are expected to ease in southern areas after a bit of a pasting with winds and further rain yesterday and overnight.

Not only did the West Coast receive a good dousing but parts of Otago and Southland bore the brunt of nature in full flight.

Queenstown saw an electrical storm as did other parts of the region and heavy rain raised concerns about water levels in the area.Last night wildfire could be seen over the Main Divide as far north as North Canterbury and it was a spectacular display.

Invercargill didn’t miss out on the action either with wind and rain coming and going plus temperatures were certainly cool along the southern coast as well.

Yesterday across eastern areas the mercury hit 30 degrees or more across many centres once again with Kaikoura making 33 degrees as the national high.
Overnight temperatures were warm for quite a few areas with 20 degree plus readings also quite commonplace.

It’s been an active week  so far with big winds on Monday across parts of the upper half of the North Island and Nelson as well.Tuesday saw a reasonable day nationally with only pockets of gusty conditions but temperatures remained reasonably warm and yesterday it was full on across central and southern parts.

Today should see an improvement in the south but it’ll take time over central parts as some rain could move in over the southwest corner of the North Island by tonight and winds will take time to pull back today as well.

The northern half of the North Island is missing most of the boisterous conditions and a good looking Thursday is likely.

Tomorrow is looking better overall with many parts of the country seeing winds subside and skies clearing.

Should we say there’s yet another front due over the weekend or leave that alone for now?
Perhaps we’ll keep you posted.

Home Image is of a saturated Queenstown

Also a very warm night further up in Waipara, hard to try and get sleep in this heat, unfortuantely couldn’t have the windows open due to the NW gales, now raining quite heavily, but still very warm.

Thanks for that Lana

Hopefully conditions easing throughout the day but those temps were certainly hot!

Ingill certainly got some rain.and thunderstorms late in the day but the wind came and went with lots of calm spells. Let’s not forget that a good part of the day was mild in the low twenties.

We hear you LM and good old Invers!

Spent 5 years there and know what the weather can be like and when the front arrived yesterday it plummeted to 10 degrees and the windchill made it closer to 5. Invigorating stuff!
Certainly a colourful summer so far for the southern city.

At least the cold change was late enough in the day. Spent a long time living in ChCh myself and the almost constant easterly drove me away. When it’s calm and mild/warm, it’s lovely but the NW, which seems to help drive up the temp, ruins it.

Sure was hot, couldn’t hardly sleep at all, all windows etc open but you’re right – it was near thirty in the MIDDLE OF THE NIGHT! Not very nice but quite interesting to experience. Currently 25 degrees near south city and raining 🙂