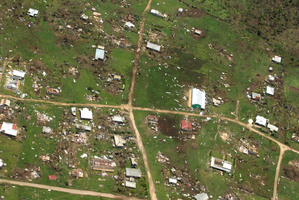 New Zealand has donated hundreds of emergency shelter kits and a further $300,000 to help residents of cyclone-hit Tonga.

Thousands of people sought shelter in evacuation centres after Tropical Cyclone Ian lashed northern Tonga with winds of up to 270km/h during the weekend, killing one person and injuring at least 14.

The powerful category four storm also damaged homes and infrastructure across the northern part of the worst-hit Ha’apai island group.

The Government would also donate $300,000 to non-government organisations working on the ground, bringing its total contribution to $500,000, and assist the Red Cross with the provision of clean water on the islands of Ha’apai.

The relief supplies were delivered to Tonga by a Defence Force C-130 on Friday afternoon.

Meanwhile, Oxfam volunteers will be collecting funds for the Tonga relief effort at the Positively Pasifika festival in Wellington’s Waitangi Park from noon today.