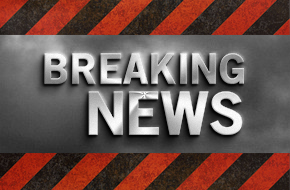 Live updates from NZ Herald as of 4:20pm (visit nzherald.co.nz for the very latest)

4.10pm: Whoops of delight across the country: the problem has now been RESOLVED. An Auckland Airport spokesman says Airways New Zealand has confirmed the fault was fixed and flights could now depart again.

4.07pm: A Civil Aviation Authority spokesman says the regulator is liaising with Airways New Zealand to ensure the problem is resolved as soon as possible

4.01pm: From the Minister of Transport, Simon Bridges:

I’ve been advised by the Civil Aviation Authority and Airways NZ that there has been an outage to the nationwide air radar network, the cause of which is not yet known. All departures have been suspended and the landing of any incoming aircraft is being staggered . Air traffic control is still able to communicate with any incoming planes via radio contact. I have been assured that there is absolutely no compromise to the safety of passengers of planes and I will be receiving regular updates.

3.54pm: Air New Zealand is not immediately able to comment on the volume of flights or passengers affected by the fault. The airline says staff are working to release more information soon.

“We are aware of the failure that occurred at 2.48pm. We are currently working on the issue.”

The fault has affected all flights in New Zealand at the moment, she said. The radar system was centrally controlled from Christchurch.

3.37pm: Christchurch Airport has said Airways is currently “experiencing an issue with its system across the country, which is resulting in a delay to departures from all the country’s airports”.

“The company is working to resolve the issue as quickly as possible,” the airport said.

3.25pm: The fault means flights currently up in the air can land but no planes are allowed to take off.

An Auckland Airport spokesman told the Herald that all flights in the air could land, but departures were halted until the fault was resolved.

“We were informed by Airways New Zealand of a radar fault which is affecting all flights nationally,” he said. “There is no resolution at this stage.

“All flights across the country are able to land but they are holding all departures until the fault is resolved.”

A similar fault has occurred in previous years, he said.