New Poll: How badly do you need rain right now? 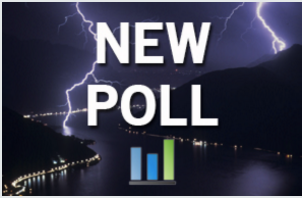 Most of New Zealand has had good rainfall over the past month or so with many regions now wetter than average.

It’s quite a turn around considering summer started with droughts being announced across the country. There isn’t much chatter about drought now, although that’s why we’ve done this poll because droughts can get more attention when they start and less focus a bit further down the track.

You don’t have to be a farmer to vote either, there are loads of people in towns and cities and even apartments who have plants outside, gardens etc and need rain.

Quite a number of people in Auckland even rely on rainwater for drinking, such a lot of people on Waiheke Island not to mention all the baches and cribs around New Zealand that also need rainwater.

Water tank levels are very full but ground is veru dry and a healthy dollup (Next Wed Thurs perhaps) would be ideal for us in North Waiakto.
Be interesting also to bring on mushrooms.