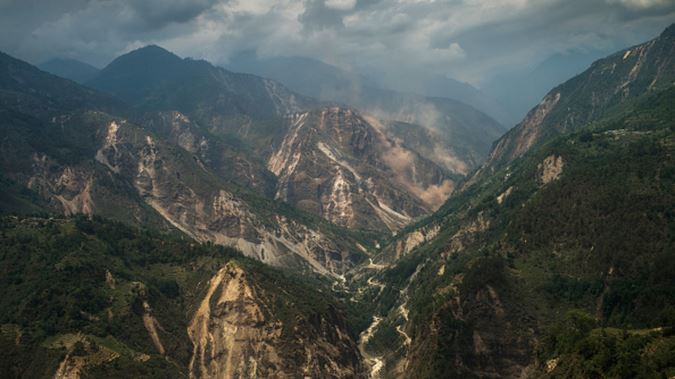 Landslides triggered by heavy rains in quake-hit Nepal have killed at least 29 people, sweeping away homes and leaving more than a dozen missing.

Rescuers on Thursday were still searching through rubble for around 15 more people believed missing in the western district of Kaski in the foothills of the Himalayas, around 150 kilometres west of the capital Kathmandu.

“The number of dead has risen to 26 in our district,” said Kaski police chief Kedar Rajaure.
“Over 200 of our personnel are still working at the site to search and rescue.”

Three more people, including an 83-year-old man, were killed in two landslides in the neighbouring districts of Myagdi and Baglung, according to a statement released by authorities.

Eighteen people injured in the disaster have been taken to local hospitals for treatment, Rajaure told AFP.

Scores of people die every year from flooding and landslides during the monsoon season in the Himalayan nation.

Two weeks ago a student was killed when a landslide buried part of a school in the nearby town of Pokhara, and 35 people died last month when a landslide crushed villages in northeastern Nepal.

The monsoon rains are also hampering delivery of relief supplies to mountainous villages devastated by the massive earthquake that struck the Himalayan nation on April 25.

More than 8800 people were killed by the quake and a large aftershock, and many more were left without shelter.