Nepal: Death toll from snowstorm rises to 43 and counting 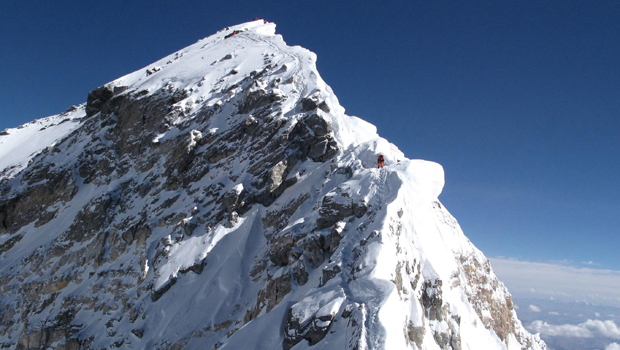 Updated: The death toll from a devastating snowstorm in the Himalayas has now climbed to 43.

It’s the worst trekking disaster ever to hit Nepal.

The storm triggered avalanches, which hit hikers on their way to an exposed high mountain pass on the Annapurna Circuit route.

It’s feared there could be more bodies lying under heavy snowdrifts and ice.

Local police say it could go as high as 65.

Climber Paul Sherridan was one of the lucky ones to make it out.

“Not only could you not see where you were, the snow blew away the footprints. So if you were slow and weren’t able to keep up with the people in front, the footprints just disappeared.

A lack of preparedness among tourists could be behind the huge number of missing in the Himalayan avalanche.

British police sergeant Paul Sherridan was trekking in Annapurna at the time.

He survived the storms, but says he could see why many tourists might not have made it out.

“They’re in training shoes, and they had no warm clothing, no gloves, hats, using plastic bags to cover themselves and I thought this is ridiculous. Surely this can’t be right.”

Former Kiwi hockey player Lisa Walton and her British wife were among the missing, but have since made contact with family.