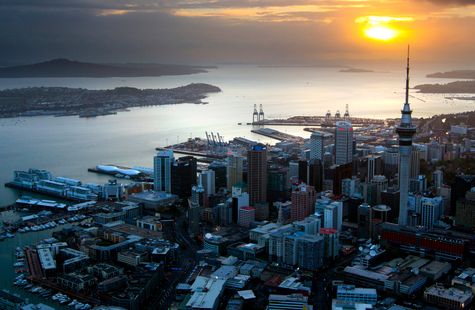 A mystery bang over Auckland has residents and emergency services puzzled.

About 4pm, Auckland residents from Piha in the west to Whangaparaoa in the north-east reported hearing and feeling large thumps, bangs or shocks.

But emergency services received no reports of damages.

“It’s a mystery, more than anything,” a Fire Service spokesman said.

“There’s been no reports of damage anywhere. There’s just been mass confusion as to what it was.”

GeoNet had also confirmed to the fire service there was no earthquake, he said.

A spokeswoman for the northern communications centre said it had received a handful of calls, “but nobody knows what it is”, she said.

Grant Dixon emailed the paper to say news of the mystery had spread through the North Shore.

“Many people in my area are reporting a sharp earthquake across several suburbs an hour ago … My wife felt it in Long Bay and thought there was an explosion,” he said.

WeatherWatch analyst Philip Duncan was supporting the theory of a meteor strike, saying on Twitter the bang came from the sky.

“I felt/heard 2 of the explosions over Auckland earlier – I’m also going with a poss meteor coming in,” he said.

@haydennz sad: “felt about 4or 5 thumps thought something hit our house in greenhithe on the shore”; to which @abbey-maree responded: “Same thing here in Avondale. Weird thumping/banging.”

@rosieiscool asked: “Bangs & shakes in Orewa, Bays, Henderson. What could it be?”

Did you hear anything? Email: news@apnz.co.nz