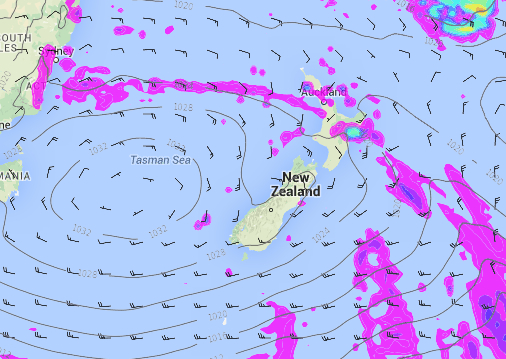 Today’s weather is looking mostly settled, due to the anticyclone which is moving over the country, along with southeasterlies in the North Island bringing a mix of cloud and clear skies.

The only risks are around Northland, where there are possible showers in the afternoon and into the evening, and also coastal southern Taranaki.
For here, and exposed northern parts of East Cape, south to southeasterly winds will gust strong at times, though they will ease towards evening – except in isolated and exposed areas of East Cape.

Other than that, it’s all clear!