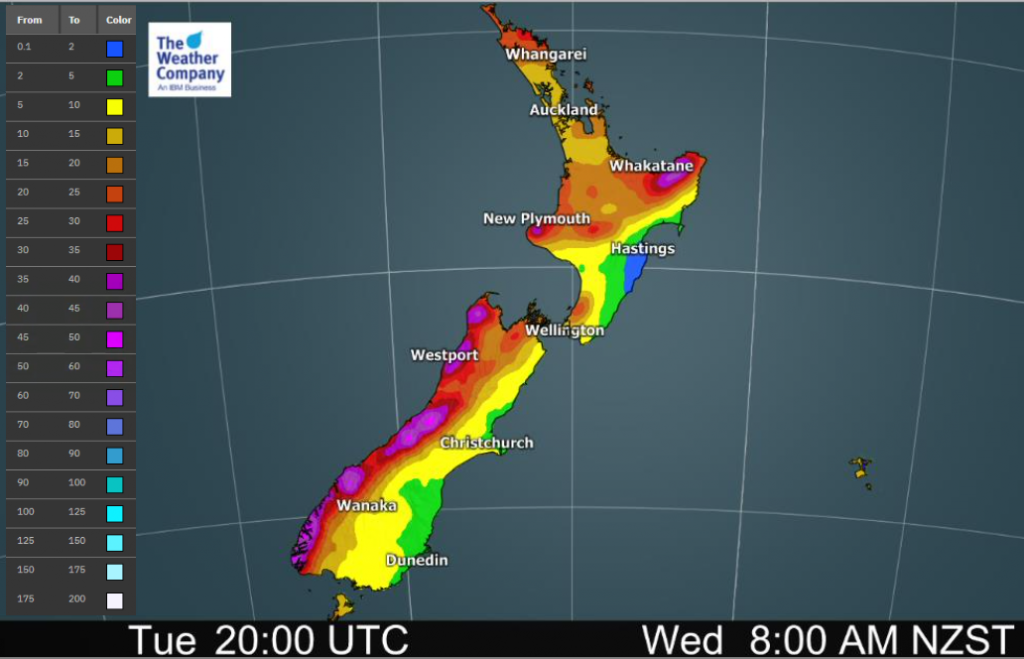 More rain with isolated heavy falls is coming for those impacted by slips and floods and while intensity for this event is lower there are still some concerns for further complications.

A low pressure system will hug the West Coast on Wednesday with rain setting in later and not easing until sometime on Thursday.

Put simply, the ground is saturated in the upper and western sides of the South Island – so further rain with isolated heavy falls may well lead to more slips and washouts.

However, the forecast rainfall totals are at the lower end for any potential rain warnings, with perhaps 50 to 70mm forecast at higher elevation areas in 24 hours from 8am Wednesday (well down from the hundreds of mm forecast last week in a 24 hour time period).

Around Westport itself WeatherWatch is only forecasting 40mm (check your hyper-local totals at RuralWeather.co.nz). This rain may actually be quite helpful at helping to clean things following the flood waters – without creating more floods themselves.

A further 20 or 30mm is forecast in lower lying areas of Tasman and Nelson and again even into Marlborough.

These totals may cause some localised surface flooding but again the main risk is for further slips with the ground so saturated in these regions.

Some of this rain will also fall as snow higher up.