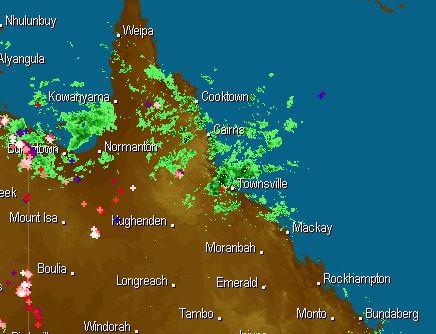 The monsoon trough is currently stretching through the Cairns area to the Gulf Country, causing heavy rainfall over the North Tropical Coast and Tablelands, and Herbert and Lower Burdekin districts.

Southeasterly winds have been feeding moisture into the monsoon trough, causing heavy rainfall in coastal areas from Cairns to Mackay, where reports of more than 50mm were widespread.

Since 9am on March 6th, Cairns recorded 128mm, their heaviest March rainfall since 2008. Nearby, falls of more than 150mm were reported.

Heavy rainfall is expected to continue on Monday 7th from Cooktown to Bowen, reaching inland to the Atherton Tablelands. However, over the coming days, showers should ease as the monsoon trough moves further north.

A typical wet season set up for North Queensland!
The monsoon trough has been more active this year though,slipping further south more often.