The working week before Easter Weekend sees a fairly settled Monday but a change arrives as soon as Tuesday, mostly for the South Island, thanks to a cold front and Southern Ocean low pressure system.

North Islanders will be mostly unaffected by this next cold front until Wednesday and Thursday when some rain slides up the western side of the island. 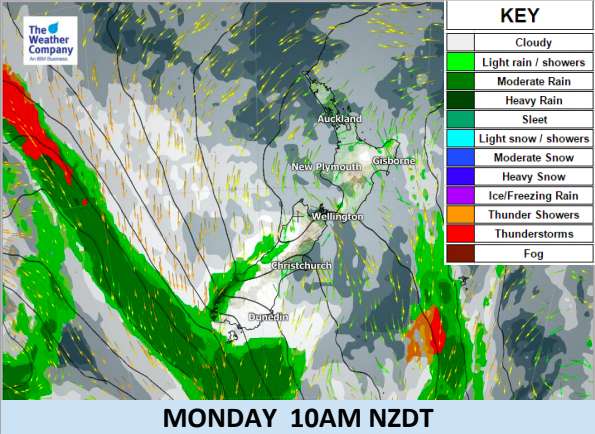 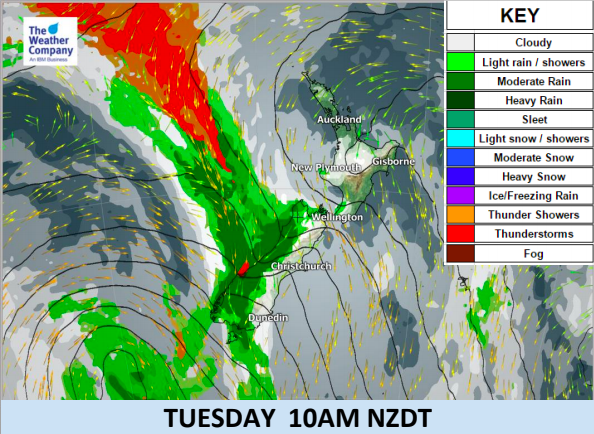 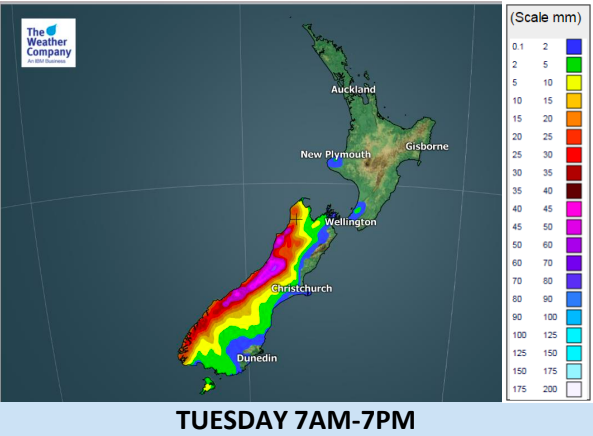