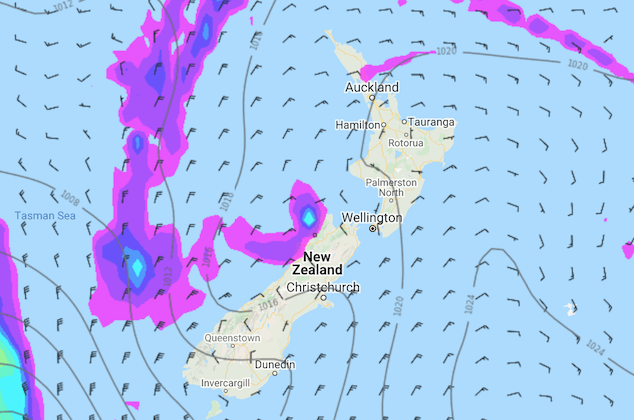 A northeasterly airflow lies over the North Island on Monday meanwhile northerlies increase over the South Island.

Some cloud for northern Auckland and Northland on Monday may bring a shower or two at times, especially in the east. Elsewhere the rest of the North Island can expect high cloud, some mid level cloud at times for the Bay Of Plenty and Taranaki through to Kapiti.

The West Coast of the South Island may see some morning sun with some high cloud, cloud thickens and lowers from afternoon with the odd shower moving in. Rain moves into South Westland overnight becoming heavy. For the east coast expect high cloud all day Banks Peninsula northwards, northeasterlies right on the coast and northerly winds inland. Northerlies spread through to the coast in the evening. South of Banks Peninsula any morning high cloud clears then mostly sunny, winds from the northeast then north to northwest winds push through in the evening.