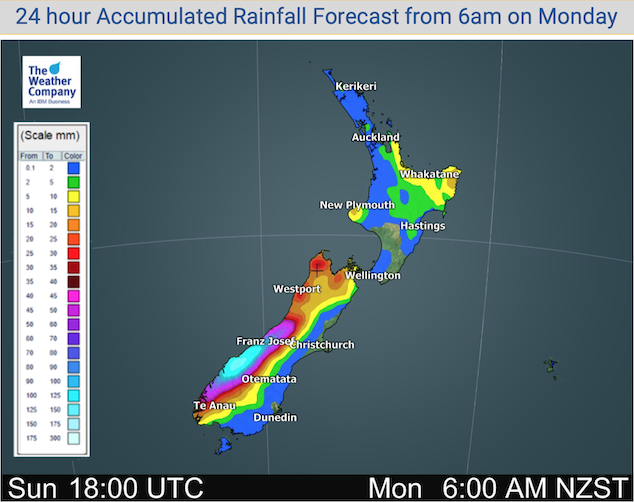 A ridge weakens over New Zealand tomorrow with northerlies increasing over the South Island, easterly quarter winds tend to the north later in the day or overnight for the North Island.

Morning sun for Taranaki through to Wellington, cloud gradually increases from afternoon at which point there may be a light shower otherwise mainly dry. A higher risk of showers overnight. North to northeasterly winds.

Tomorrow’s Max temperatures. With the more northerly quarter airflow moving in warmer than average temperatures can be expected for most.