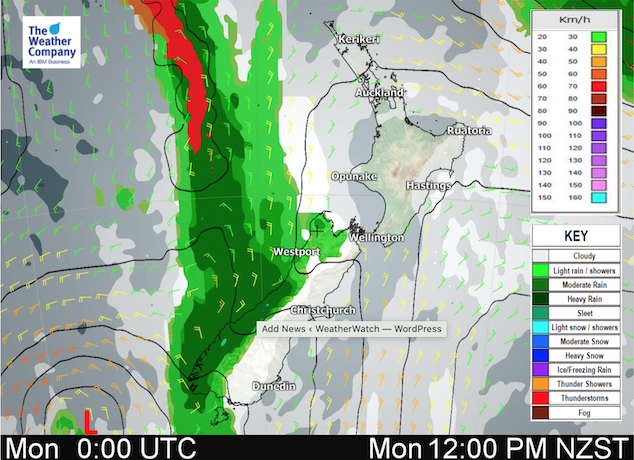 A ridge brings settled weather to the North Island on Monday meanwhile a northerly airflow over the South Island brings areas of rain or showers in the west and dry weather out east.

For the upper North Island expect cloudy areas, perhaps a light shower or two about Coromandel, Great Barrier Island etc. Winds from the east or northeast. Mostly cloudy skies about East Cape / Gisborne, risk of a light shower at times with easterlies. Sunnier skies for southern parts of the North Island although expect some high cloud, winds from the north to northeast. Some cloud at times for Taranaki and Kapiti however.

ashame that front wont come into the north island. such a shame.

high pressure needs to go away