Monday’s national forecast – Wet in the north, drier in the south 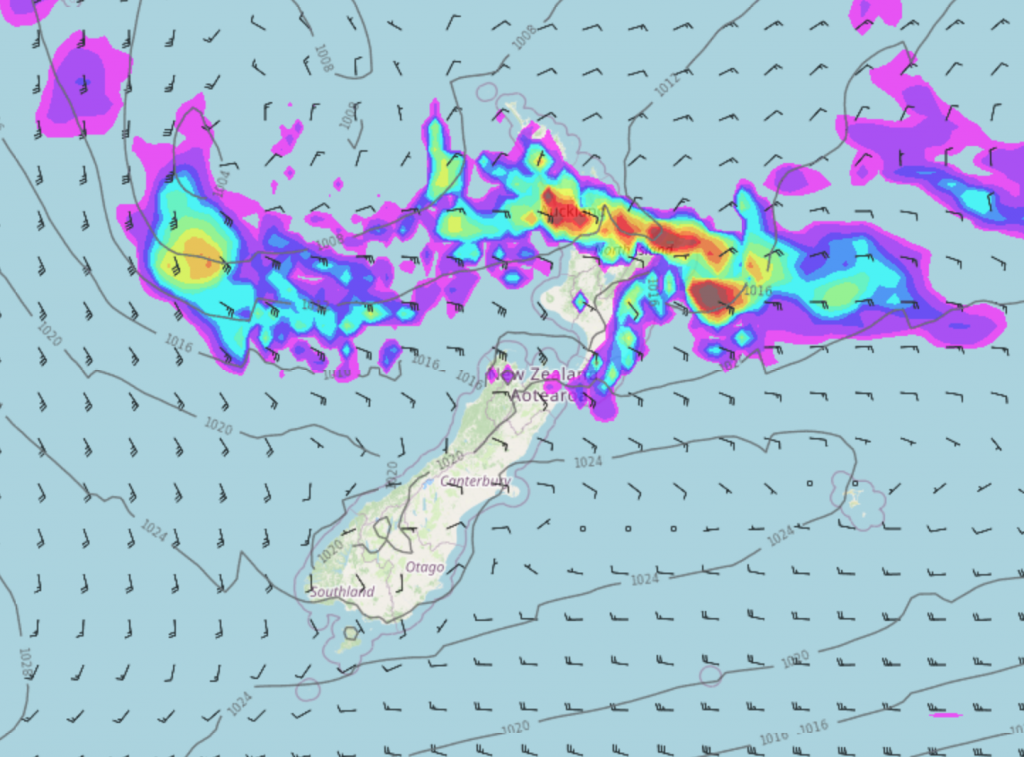 Mostly cloudy for the upper and eastern North Island with rain, very humid conditions. A few heavy falls possible, Northland may see a thunderstorm this afternoon, winds coming in from the east. Wairarapa and in the southwest (Taranaki through to Wellington) can expect spits of rain or showers with east to southeasterly winds, rain moves into Taranaki this evening from the north, possibly heavy.

Mostly cloudy for Nelson and Marlborough, a few spits of rain or showers, east to southeasterly winds. Canterbury north of Banks Peninsula sees some sun this morning but then cloud thickens in the afternoon with a few light showers possible, clearing evening. South of Banks Peninsula expect morning low cloud or fog then some sun / high cloud. Buller sees a few showers this morning, perhaps spreading as far south as Greymouth for a time this afternoon. Elsewhere around the South Island has a mostly sunny day after morning low cloud or fog clears, a touch of high cloud during the day. Light winds, tending east to northeast down the east coast this afternoon.