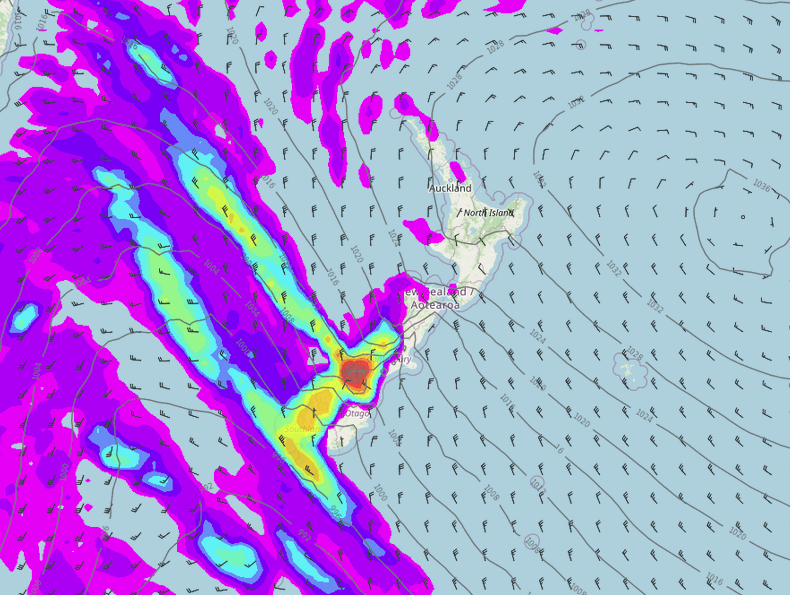 A strong northwesterly airflow lies over New Zealand today with heavy rain expected for the West Coast, a cold front moves onto the lower South Island this evening.

Partly cloudy skies in the west, a few light showers for Taranaki and Kapiti then spreading elsewhere about the upper and western North Island this afternoon as cloud thickens, winds from the north. The east coast has some sun and high cloud. Gale north to northwesterly winds are likely through Cook Strait.

A strong north to northwesterly airflow lies over the South Island today, winds may gust to gale about some coastal areas especially in the west and about the Marlborough Sounds. Otago Peninsula northwards into Canterbury has very strong northerly winds today with gales likely. Expect rain for the West Coast with heavy falls / thunderstorms and hail south of Westport, drier in the east with sun and some high cloud but expect rain in the high country spilling over from the west. This evening rain moves into Southland then overnight into Otago as a cold front pushes in.