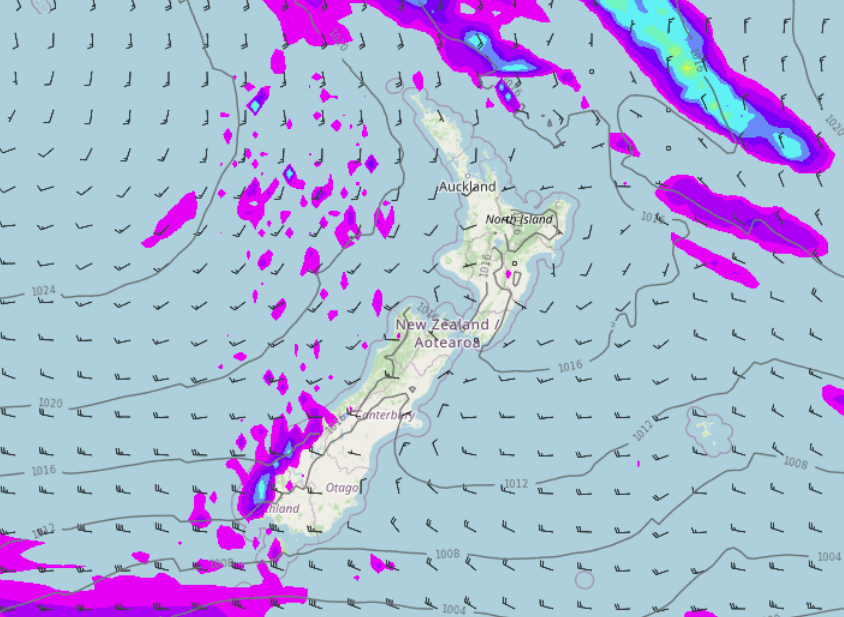 A few showers around New Zealand clear today as a ridge of high pressure moves in, later this afternoon or evening a new front moves into the far south however bringing a new round of showers.

Morning cloud out west with a shower or two then afternoon sunny spells increase, west to southwesterly winds. Cloud for Wairarapa with a shower or two, further north in the east expect some sun at first then cloud moves in late morning as winds tend southerly, winds then tend to the east late afternoon.