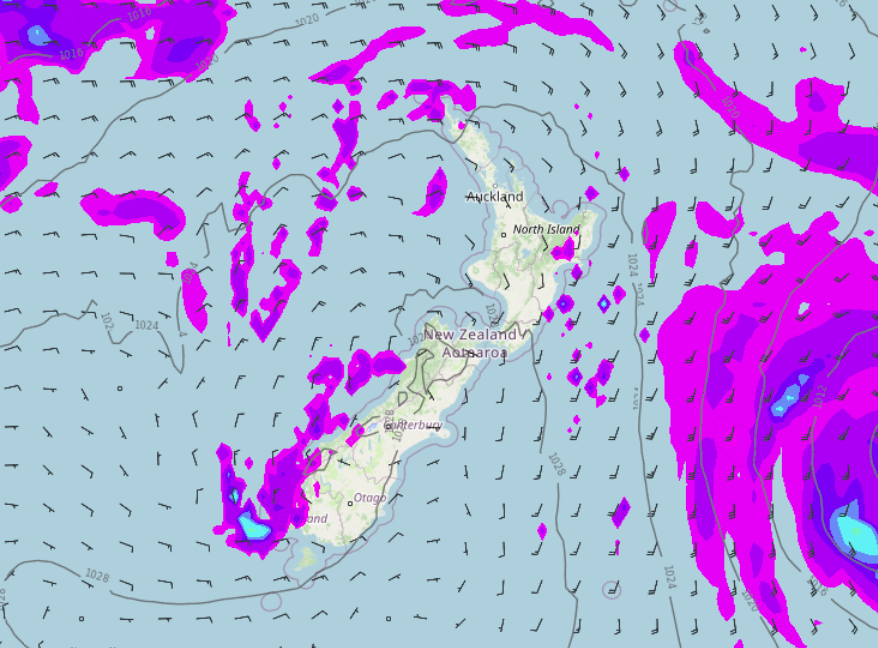 An anticyclone brings mainly settled weather today but there is quite a bit of cloud about for some regions and the odd shower, sunnier weather in others.

Waikato northwards can expect cloudy areas, risk of a shower or two also otherwise mainly dry, winds from the east or southeast. Elsewhere for the western North Island expect sun and high cloud. The east coast (Wairarapa through to Gisborne) can experience cloudy areas and the odd coastal shower, winds from the south.

The West Coast is mostly cloudy with the odd shower, in the east there may be some morning cloud or fog then mostly sunny with some high cloud. Winds are light then tending onshore this afternoon.