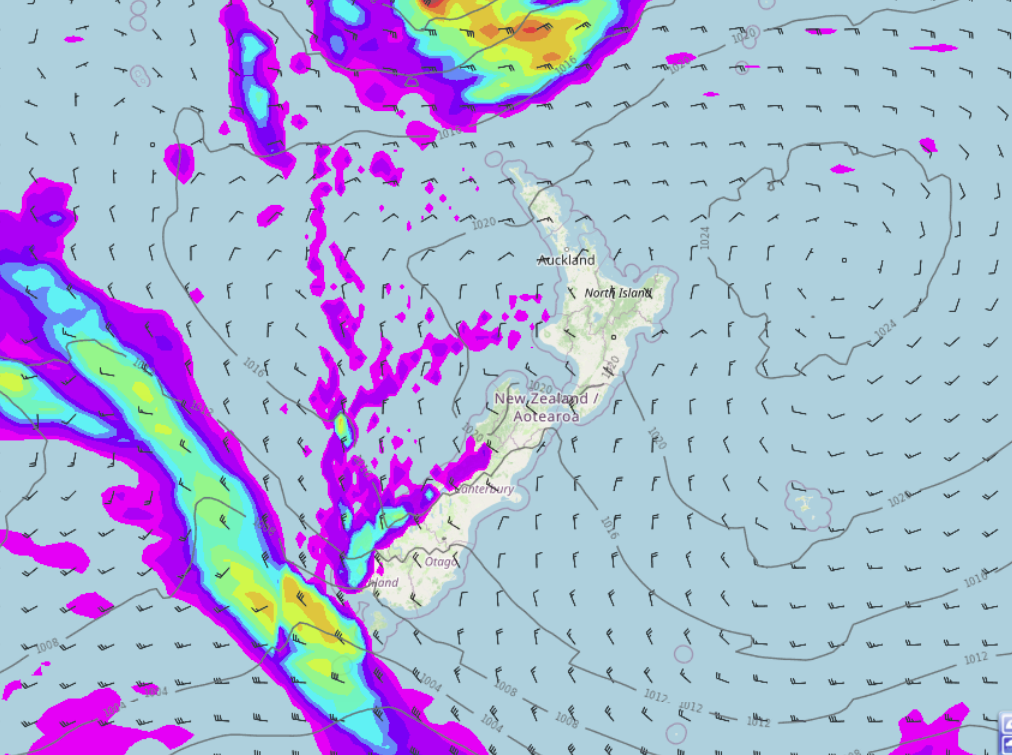 A high pressure system that brought a settled weekend is starting to lose strength today, pushing more out to the east as the squeeze gets put on from a low descending from the north and a cold front moving in from the southwest.

Some high cloud will start to spread down over the upper North Island today from the north, also there may be fog this morning Auckland southwards through to about Taranaki in the west, perhaps one or two fog patches elsewhere then clearing. Expect a mix of sun and cloud for the upper North Island otherwise with a shower or two moving into eastern Northland this afternoon then spreading southwards to reach Coromandel overnight. Bay Of Plenty starts to see some cloud thicken up this evening. Winds from the northeast. There is also a bit of cloud in the west Taranaki southwards although this may break up a little this evening, New Plymouth and Kapiti could catch a light shower. The eastern North Island has a sunny day.

The West Coast has some cloud and the odd light shower, showers more extensive for Fiordland. Buller may have slightly sunnier weather although it could be a foggy start. Rain moves into Fiordland this evening becoming heavy. Nelson and down along the east coast has sunny weather, some high cloud starts to push northwards over the Island during the day ahead of a cold front moving in from the south which brings showers to the lower south overnight.