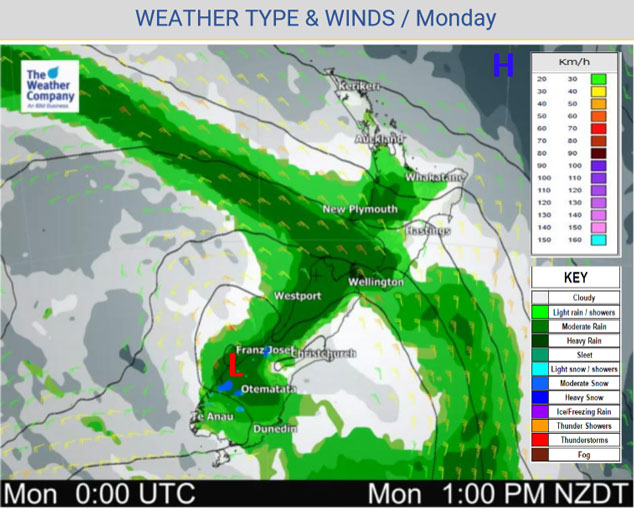 A cold front slowly slides northwards over the South Island today reaching the lower North Island in the evening. Winds from the northwest ahead of the front changing south to southwest in behind.