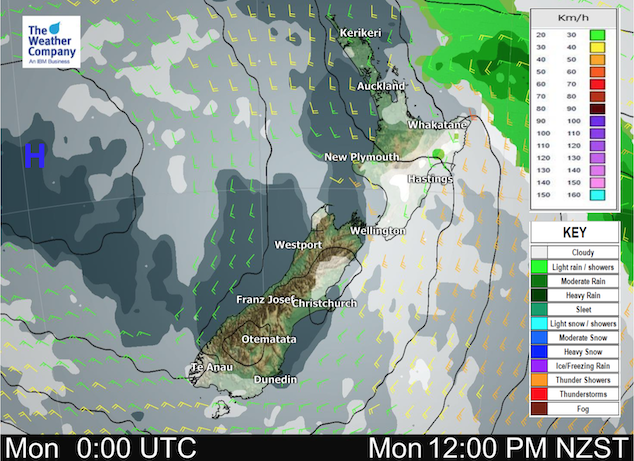 A ridge of high pressure pushes onto the South Island today meanwhile a keen southerly airflow further north gradually eases during the day.

Once areas of rain or showers clear expect sun to break through.