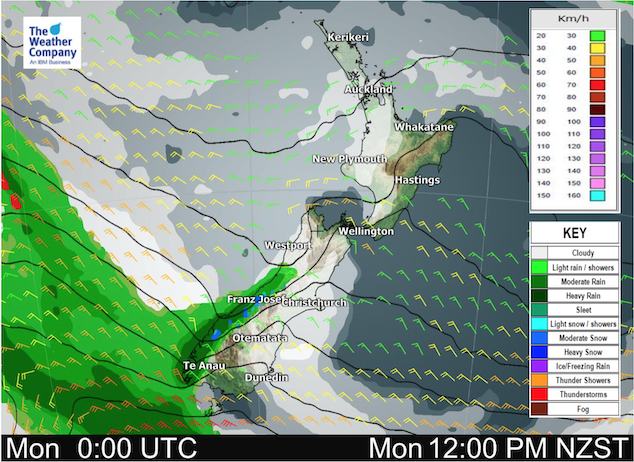 A westerly quarter airflow lies over New Zealand today, quite spring like in nature and considering September is tomorrow this is quite appropriate.

The western North Island can expect cloudy areas, perhaps some sun at times and west to southwesterly winds, tending more northwest down towards Kapiti / Wellington. There may be a drizzle patch or light shower about Kapiti, mainly later in the day. The east coast and Bay Of Plenty (especially in the east) has sunny weather and warm temperatures.

Expect cloudy skies for the West Coast, the odd shower also with rain moving into Fiordland around midday becoming heavy evening. Dry with high cloud from Nelson down through to Southland in the east, winds from the northwest becoming gusty. Rain moves into Southland during the evening with a southwest change then Otago overnight.

Max temperatures – Note, eastern regions will likely crack into the early 20’s in some spots.